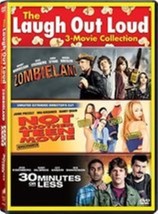 30 Minutes or Less / Not Another Teen Movie / Zombieland - Vol - Set Dvd added to cart. Only one available in stock 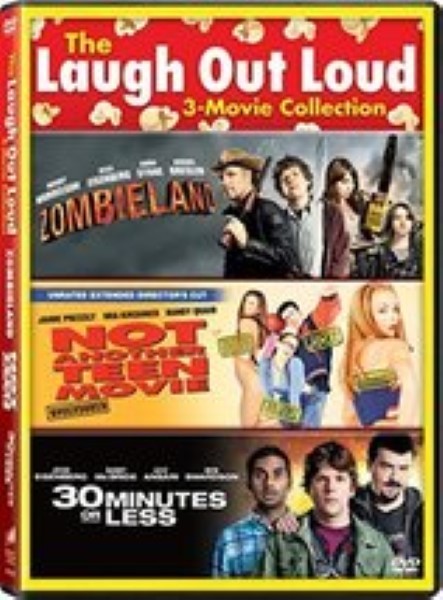 After a virus turns most people into zombies, the world's surviving humans remain locked in an ongoing battle against the hungry undead. Four survivors -- Tallahassee (Woody Harrelson) and his cohorts Columbus (Jesse Eisenberg), Wichita (Emma Stone) and Little Rock (Abigail Breslin) -- abide by a list of survival rules and zombie-killing strategies as they make their way toward a rumored safe haven in Los Angeles.

"Not Another Teen Movie" shows no mercy as it skewers the conventions and clichés of the genre you hate to love. Join Janey Briggs (Chyler Leigh), an aspiring artist who is outcast by her classmates for wearing glasses, a ponytail and paint-covered overalls; and Jake Wyler (Chris Evans), the all-American football star who makes a foolish bet to turn Janey into a prom queen, in a risqué romp with an assortment of twisted takes on classic teen characters and teen movies.

Nick (Jesse Eisenberg) is a pizza deliverer who lives a fairly ordinary, boring life -- until he crosses paths with two aspiring criminal masterminds (Danny McBride, Nick Swardson), who kidnap him, strap a bomb to his chest and force him to rob a bank for them. Nick doesn't get much time to pull off the difficult task, so he enlists the aid of Chet (Aziz Ansari), his estranged pal. As time ticks away, Nick and Chet face many obstacles, not the least of which is their volatile relationship.