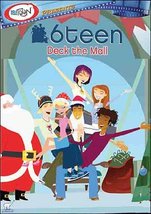 6teen - Deck the Mall Dvd added to cart. Only one available in stock 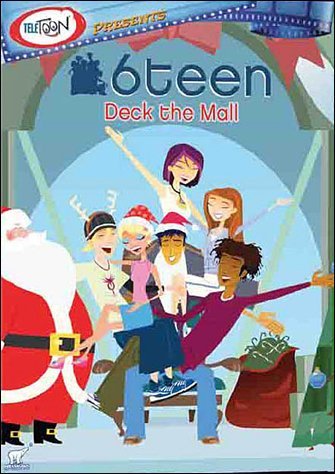 "Like Total Drama Island and Stoked this is a great Canada cartoon brought to America through Cartoon Network. A story of six friends with diverse personalities struggling through teen life and work at the mall. Deck the Mall is the series first Christmas story and the first Christmas where all the friends are together. Things got from bad to worst as the pressures of holiday shoppers get to them.


Other stories include Mr. Nice Guy where Jonsey who hits on anything in a skirt tries to get in touch with his more sensitive side in order to complete with Wayett on who a better man at scoring with the girls.

Deck the Mall is the 5th episode of the series. It aired on Teletoon in Canada on December 23, 2004, and on Cartoon Network in the United States on December 7, 2008. The holiday rush is on, and it's stressing out everyone in the gang, leaving them unable to enjoy the holiday season.

The third story is an interesting bit where Jonsey actually works for his worn enemy the rent a cop while Jude tries to teach Jen how to pass her driving license."