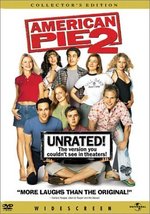 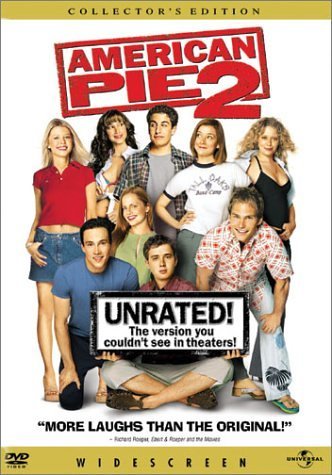 American Pie 2 is a 2001 American sex comedy film directed by James B. Rogers and written by Adam Herz and David H. Steinberg from a story by Herz. A sequel to the 1999 comedy film American Pie, it is the second film in the American Pie series and stars Jason Biggs, Shannon Elizabeth, Alyson Hannigan, Chris Klein, Natasha Lyonne, Thomas Ian Nicholas, Tara Reid, Seann William Scott, Mena Suvari, Eddie Kaye Thomas, and Eugene Levy. The film follows the sexual exploits of five friends—Jim, Kevin, Stifler, Oz, and Finch—and their attempts to have the greatest summer party ever, at a summer beach house in Grand Haven, Michigan.

American Pie 2 was released in the United States on August 10, 2001, and grossed over $145 million in the US and $142 million overseas on a budget of $30 million, making it highest-grossing film in the franchise at just under $288 million worldwide. The film was followed by American Wedding.