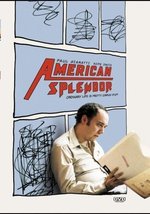 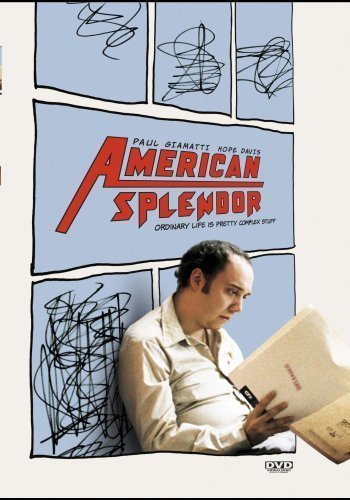 Harvey Pekar, the hilariously downtrodden Cleveland comic book artist, is the subject of AMERICAN SPLENDOR, titled after Pekar's autobiographical series. Played by actor Paul Giamatti, Pekar also appears as himself, giving the film a documentary feeling with many behind-the-scenes on-set shots. Directors Shari Springer Berman and Robert Pulcini maintain this balance between the actors and the real-life characters--Pekar's wife Joyce and coworker Toby also appear on set as themselves--while crafting a funny, difficult, heartwarming tale that encapsulates Pekar's life, work, and uniquely bizarre perspectives.Pekar is a pessimistic file clerk with no hope of ever rising above his boring job, slobbish apartment, and bad attitude. Wonderfully set in his ways, Pekar's constant self-deprication is clearly a front for his prolific interests in music and art. When his friend Robert Crumb (James Urbaniak) gets his big break as a comic book artist, Pekar decides to try his hand at the craft. Though he can't illustrate, his stories are good, and Crumb agrees to help draw the pictures. Soon several artists are illustrating Pekar's American Splendor series, and the comic book's readership grows. The film continues through the events of Pekar's life--meeting wife Joyce Brabner, appearing on David Letterman, struggling with cancer, and adopting a daughter--always showing Pekar's no-frills approach to life. A creative and punchy film, AMERICAN SPLENDOR invites viewers into the odd world of Pekar and his comic-book antihero persona.