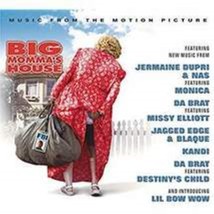 Big Momma's House - Music From The Motion Picture Cd added to cart. Only one available in stock 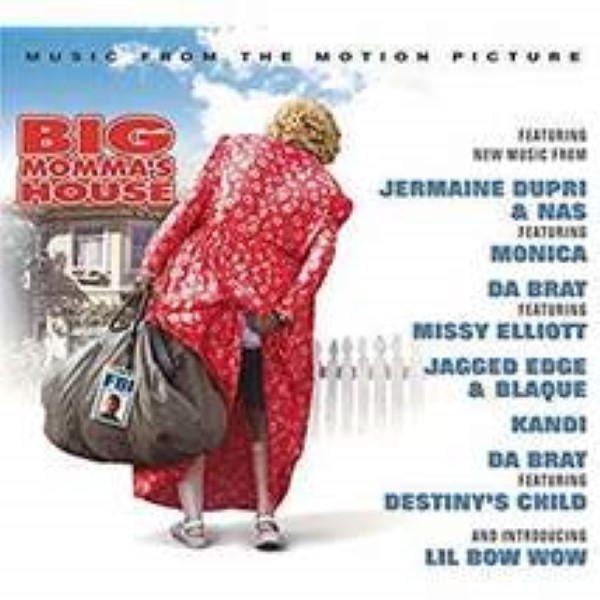 Big Momma's House is the soundtrack to the 2000 comedy film, Big Momma's House. It was released on May 30, 2000 and consisted of hip hop and R&B music, with most of the production handled by Jermaine Dupri. The soundtrack was a minor success, making it to 41 on the Billboard 200 and 12 on the Top R&B/Hip-Hop Albums, and featured three singles, "Bounce with Me, "I've Got to Have It" and "Get Up".
cd120-0006-vg
Normally soundtracks usually are bland and poorly arranged, but this one may not have been the best but is still a hit mixed with plenty of up tempos with a few ballads thrown in. Some songs (Jessica-GET UP, Kurupt-RADIO) could have been better off not making the cut, but every album must have it's flaws. Some of the more better tracks are as followed:
Da Brat-Blazin' hot remix with JD and Missy! JD worked his producing magic and created a much needed remix of this already hit song.
Kandi (What I'm Gon' Do To You)-Great debut song! Definitely one of those 'women impowering' tracks she is so well-known for doing, very upbeat and original.
Lil Bow Wow (Bounce With Me)-This track REALLY shows off this youngster's mic skills and shows his great potential in the rap game, the title says it all.
Marc Nelson (Love's Not Love)-One of the only two ballads on the album and possibly the best (although LaTocha Scott and Chante' Moore's TREATED LIKE HER is very soulful as well). Marc's vocals and powerful lyrics makes this track worth the slowing down of the album's tempo.
Lil Jon & The Eastside Boyz (Ooh Big Momma)-This has got to be the crunkest song on the album! Although it doesn't show the best lyricism in the world, it will still be the life of any party or club!
Other tracks worth mentioning is the uptempo duet by Jagged Edge & Blaque YOU CAN ALWAYS GO, Da Brat & Vita's BIG MOMMA'S THEME with Destiny's Child performing backgrounds and Lil Jon & The East side Boyz's second contribution to the album I LIKE DEM.
All used  disks are professionally refurbished and test played before shipping and will play  well in most machines.
Disc's are also repackaged (labeled refurbished).