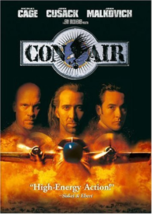 Con Air Dvd added to cart. Only one available in stock 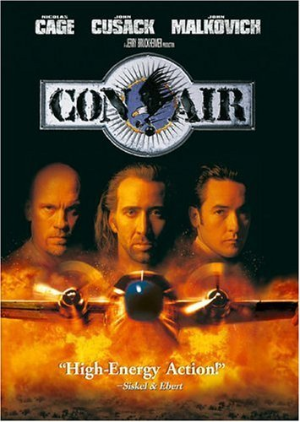 Cameron Poe, a highly decorated United States Army Ranger, came home to Alabama to his wife, Tricia, only to run into a few drunken regulars where Tricia works. Cameron unknowingly kills one of the drunks and is sent to a federal penitentiary for involuntary manslaughter for seven years. Cameron becomes eligible for parole and can now go home to his wife and daughter. Unfortunately, Cameron has to share a prison airplane with some of the country's most dangerous criminals, who took control of the plane and are now planning to escape the country. Cameron has to find a way to stop them while playing along. Meanwhile, United States Marshal Vincent Larkin is trying to help Cameron get free and stop the criminals, including Cyrus "The Virus" Grissom.