Cop Land Vhs added to cart. Only one available in stock 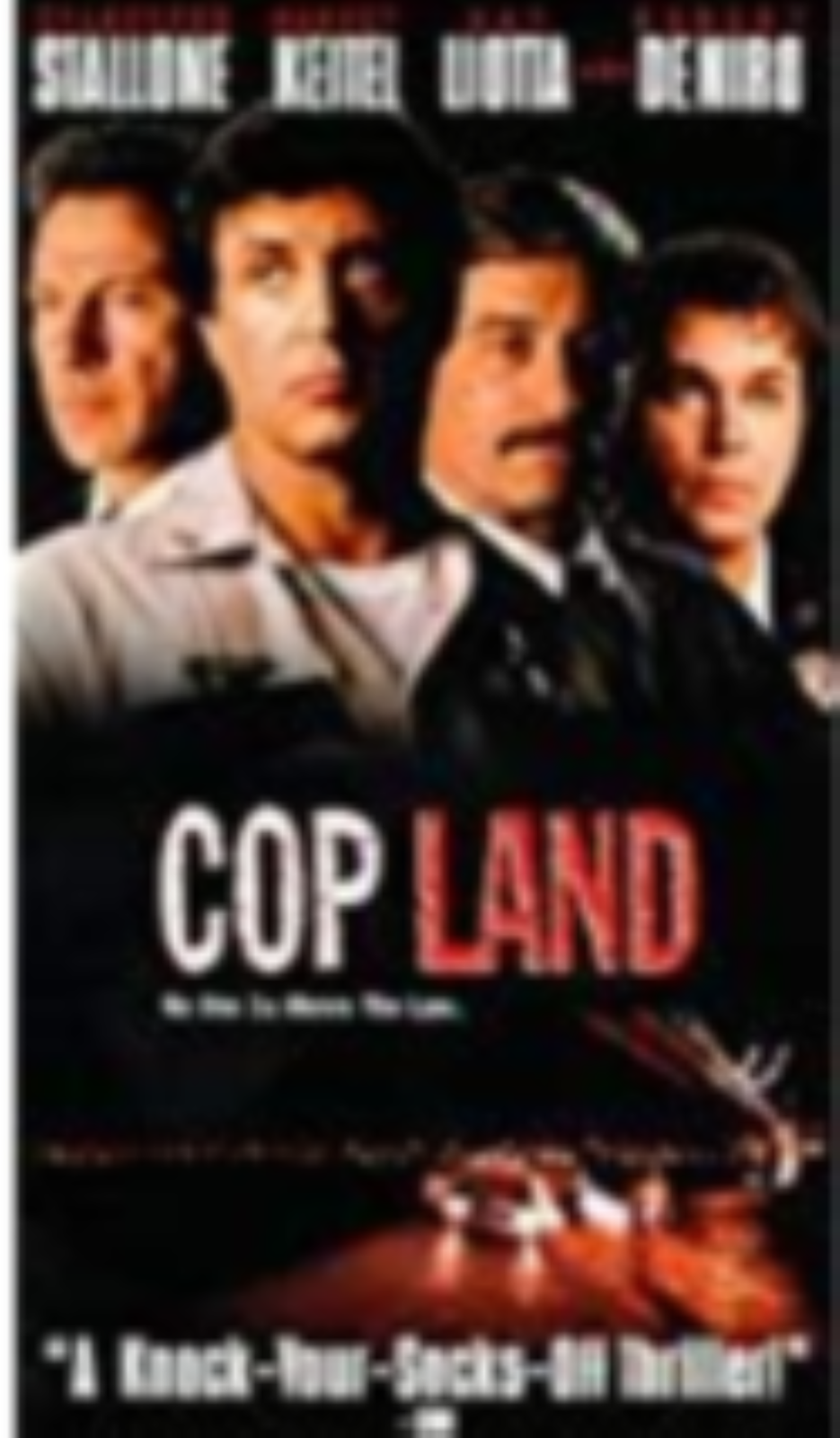 The Sheriff of a suburban New Jersey community, populated by New York City police officers, slowly discovers the town is a front for mob connections and corruption

Sometime in the 1970's, police officers from New York City wanted a safe haven to live, away from the dangers of the streets of New York City, this is when they established a "Cop Land" in the small New Jersey town of Garrison. Freddy Heflin who was always admired by the New York cops wanted to become one, but because he was deaf in one ear this prevents him from achieving his goal, but has become sheriff of Garrison. Recently there have been a dark omen surrounding the NYPD, and Freddy is now investigating on this case, then Internal Affairs officer Mo Tilden is also on the case and asks Freddy for help, but Freddy could not. Now Freddy suspects that a New York City cop named Ray Donlan might be one of the many cops who is corrupted by the mob and other criminals. Now, Freddy must find a cop who is nicknamed "Superboy" who can testify against Donlan and protect him, before Donlan finds Superboy and kills him