Da Derrty Versions: The Re-invention by Nelly Cd added to cart. Only one available in stock 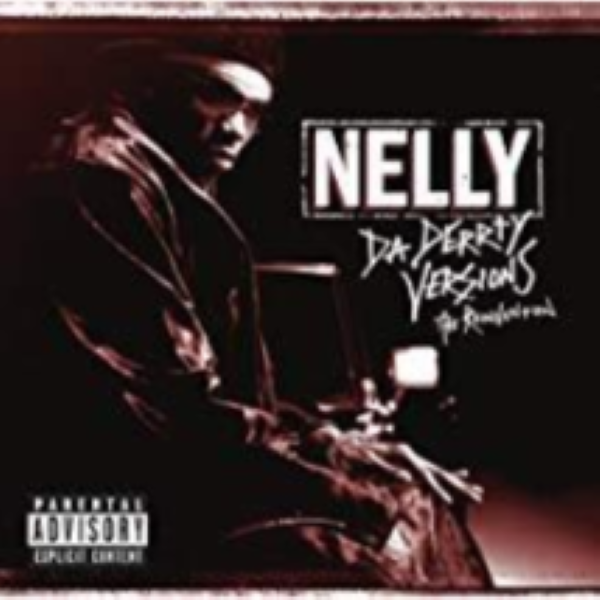 cd123-00087-vg
Da Derrty Versions: The Re-invention  by Nelly
"St. Louis rapper nelly joins the fray with his clunkily titled "The Derrty Versions: The Reinvention". This is basically a souped-up greatest hits album. While some of his hits enjoy a slight adjustment in beat, none of these songs is extraordinarily different than te original version, which is a good and a bad thing. If you're a Nelly fan, you're getting jerked out of your money to get a buncha stuff you already own. If you're like me and think the man has a couple of hot singles, it's an OK buy because it means you don't have to buy either of his middling-to-weak albums.
I'll be the first to admit I'm not a Nelly hater, but he grew on me very slowly. I respect the dude because he has his own style, and he's not afraid to admit that he's not the greatest MC in the world, but he has his own little niche. Of course, his success far outweights his artistry, but how many artists can we say that of? hey, the dude wants to make you dance, he's relatively inoffensive, he doesn't traffic into the super-violent & misogynist cliches that most other popular MC's fall into. Hey, no one will ever confuse him with Rakim, but he's OK.
Some of the remixes leave very little unchanged from the original version. "Country Grammar", Nelly's breakout hit, is exactly the same as the original version with one minor alteration in the chorus as well as a verse from E-40, the hip-hop king of "what the f*** is that dude saying?". "Dilemma" and "Work It" add slightly harder beats (courtesy of Jermaine Dupri and Scott Storch) respectively. JD brings up Nelly's vocal, which is almost buried into the mix on "Dilemma's" studio version, while Nelly alters his flow on "Work It", which was originally a pretty decent party anthem but now is only interesting because of Justin Timberlake's best Michael Jackson impression to date.
"E.I." is remixed by crunk king David Banner, and Banner's rock-etched production is the standout on a couple of tracks here. He takes it back to the old-school Rick Rubin Casio-drumbeat and loud guitar days on this one, despite its' somewhat sexist refrain of "is that yo' a** cuz it ain't yo face" plastered throughout the song. For whatever reason, it appears twice on this set. The album's two best songs are the most chilled-out tracks here, giving Nelly more of an R&B than a hip-hop vibe. "Pimp Juice" coasts along on a jazz-kissed soul background with some sultry sax and a guest vocal by the legendary Ron Isley. "Groovin' Tonight" is all about Brian McKnight's great guest vocal. You almost forget that there's rapping on this track (not to mention a samle of the opening drumbeat of Michael Jackson's "Rock With You"). Save Your Money For This One!"
All used  disks are professionally refurbished and test played before shipping and will play  well in most machines.
Disc's are also repackaged (labeled refurbished).