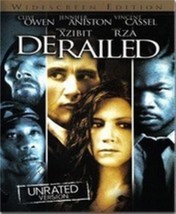 Derailed Dvd added to cart. Only one available in stock 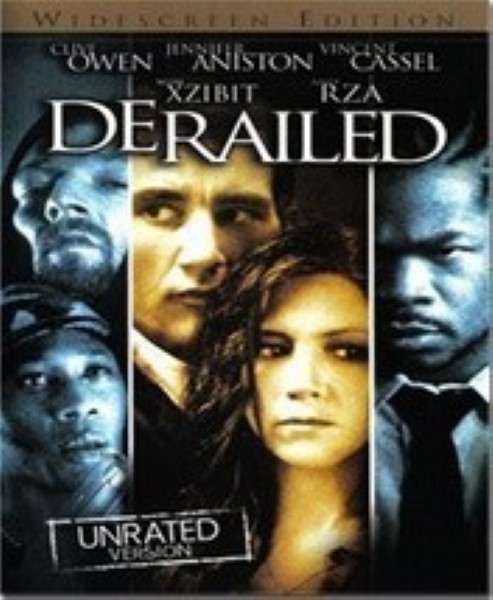 Coming off the series finale of FRIENDS, Jennifer Aniston sets out to prove herself a serious actress with DERAILED, a tense thriller that is anything but funny. While the film gives most of its screen time to Clive Owen, Aniston proves, as in THE GOOD GIRL, that she is capable of pulling off a dramatic role. Meeting on a commuter train one morning in Chicago, ad executive Charles (Owen) and financial analyst Lucinda (Aniston) have an immediate connection. Worn down by his job, strained marriage, and a sick child, Charles finds himself drawn to the escape Lucinda can offer. A lunch meeting, followed by dinner and drinks, leads the way to a rendezvous in a sleazy motel, where no sooner have the adulterous lovebirds ripped each other's clothes off than a sadistic thief (Vincent Cassel) breaks into the room and puts them through hours of nightmarish horror. Because of their relationship's illicit nature, the two are unable to go to the cops, and are thus virtually powerless to their attacker's every whim, leaving themselves open to blackmail as he threatens their families and lives. Choosing momentary gratification and the excitement of the unknown over the values he generally holds dear, Charles more than pays the price for his indiscretion.Playing off his audience's greatest fears, director Mikael Hafstrom creates some scenes so horrific they are sure to haunt viewers for hours after the credits roll. A morality tale of sorts, DERAILED explores the terrible effects of lying and infidelity, while the film's most powerful scenes leave viewers with the paranoid feeling that the only person you can trust is yourself.