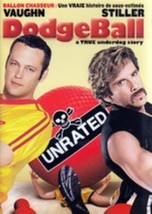 Dodgeball Dvd added to cart. Only one available in stock 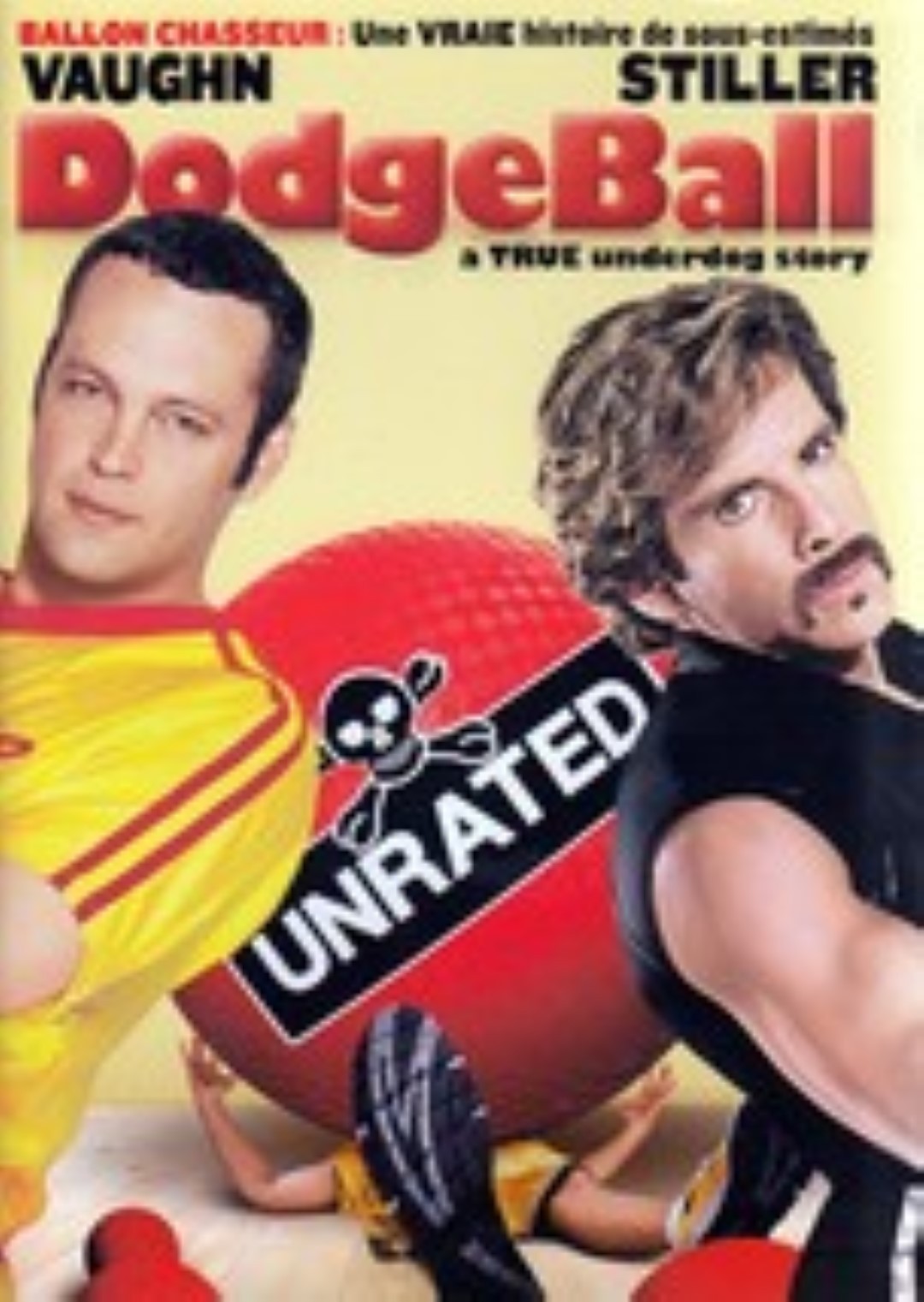 When their local gym is threatened by a large fitness conglomerate, a group of misfits rise to the challenge in a winner take all tournament of Dodge ball.
The unrated cut of Dodge Ball, released on DVD seven months after the theatrical-cut DVD, is a mere 40 seconds longer. The differences are brief, including a provocative line by cheerleader hopeful Martha Johnstone, a boy smoking opium in the Hank Azania-featured historical film, and an interaction between Justin and Amber that was one of the deleted scenes on the original DVD. There are also some new bonus features on the unrated DVD. Six of the original deleted scenes are retained, and three new ones are added, including a scene with Fran and Owen, a twist on the ending, and a slightly different end-credits sequence. There are also three overtly sexual sequences featuring the Dodge ball Dancers. The alternate ending (what director Rawson Marshall Thurber calls the "original ending," which is basically missing the last nine minutes of the movie), four features, and gag reel are the same as on the original DVD. Finally, there's a new commentary track recorded by Thurber, Vince Vaughan, and Ben Stiller, the same team that recorded a commentary for the original DVD. While that was a conventional discussion of the film, the new commentary is more like a radio play, with the three interacting with new characters (the DVD producers), insulting each other, and basically defying all the "rules" of recording a good commentary track. It's not for the impatient, or those expecting any insight at all, but taken for what it is, it's pretty funny and, for fans of Vaughn or Stiller, an entertaining listen for 45 minutes (after which it gets even weirder). Those making a first Dodge ball purchase will want to go for this unrated edition, but those owning the original can probably skip it unless they really want the alternate commentary.
dvd79-00046-vg-nr