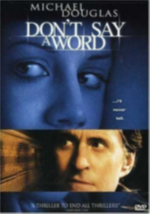 Don't Say a Word Dvd added to cart. Only one available in stock 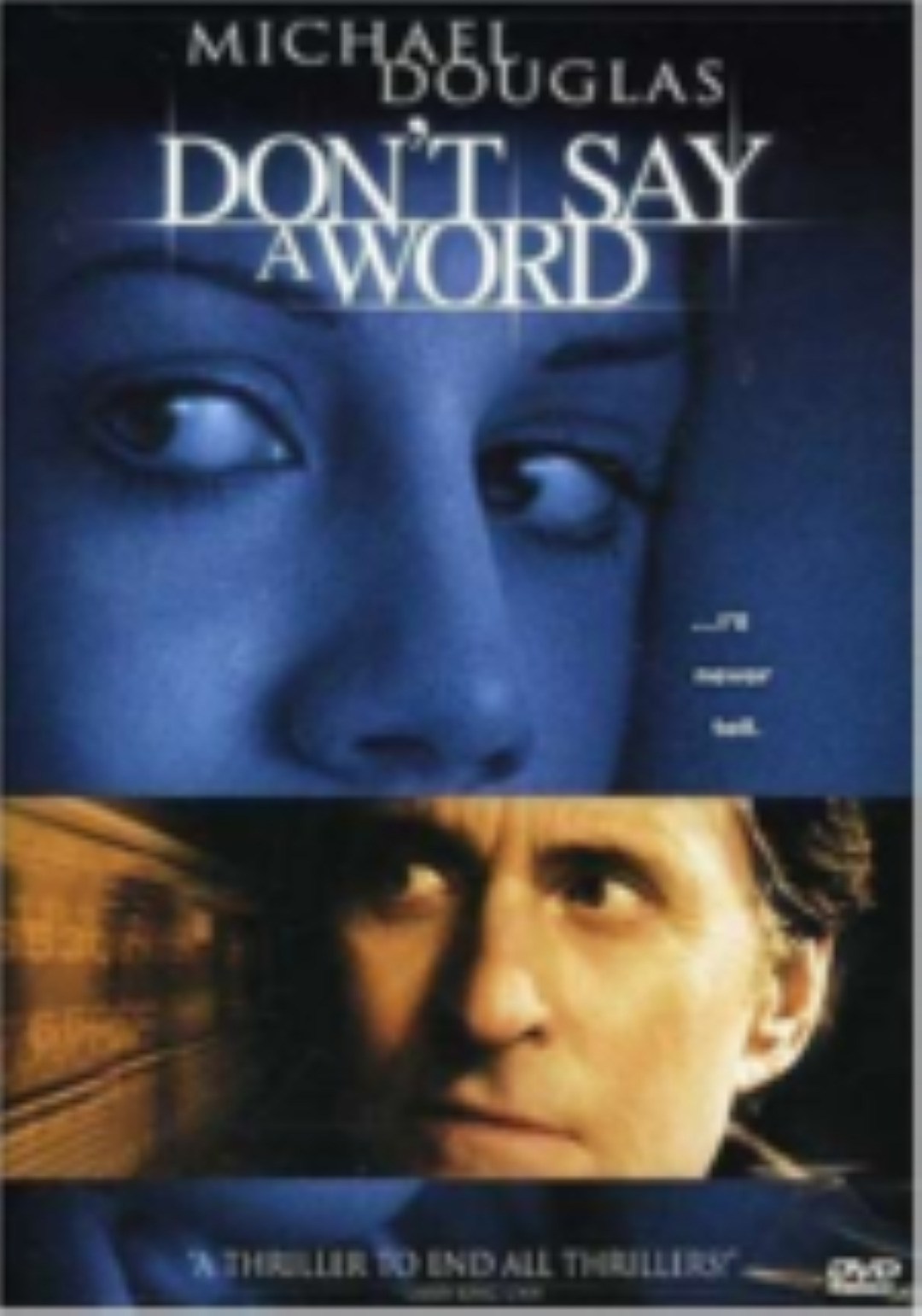 In 1991, a gang of thieves steal a rare $10-million gem, but, in the process, two of the gang double-cross their leader, Patrick Koster (Sean Bean) and take off with the precious stone.

Having been released from prison on November 4, Patrick and the remaining gang members break into an apartment which overlooks Nathan's apartment, where he lives with his wife Aggie (Famke Janssen) and daughter Jessie (Skye McCole Bartusiak). That evening, Patrick kidnaps Jessie as a means of forcing Nathan to acquire a six-digit number from Elisabeth's memory. As Nathan visits Elisabeth, she is reluctant at first, but he gains her trust later—especially when he reveals that Jessie has been kidnapped and will be killed if he does not get the number they want. Sachs admits to Nathan that the gang who kidnapped Jessie also kidnapped his girlfriend to force him to acquire the number from Elisabeth. Sachs is then visited by Detective Sandra Cassidy (Jennifer Esposito) who reveals to him that his girlfriend has been found dead. Meanwhile, Aggie hears Jessie's voice and realizes the kidnappers reside in the apartment nearby. The kidnappers send one of them to kill Aggie while the others escape with Jessie, but Aggie sets an ambush and kills him.