Dr. Dolittle Vhs added to cart. Only one available in stock 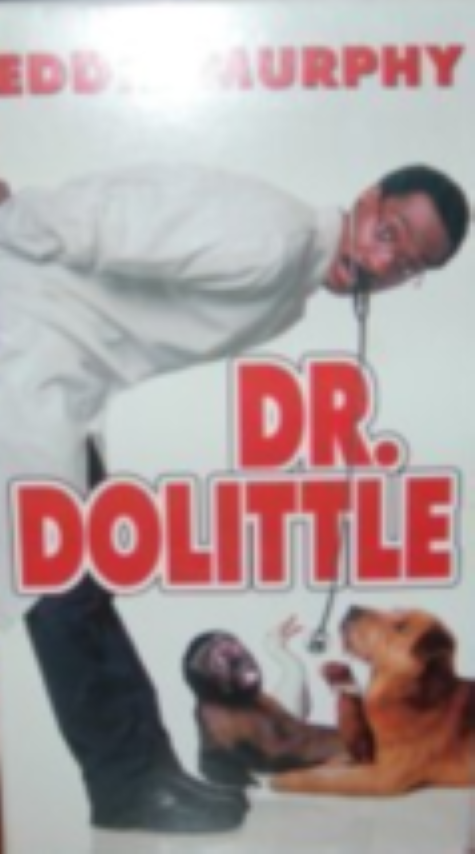 As a boy, John Dolittle displays an ability to talk to and understand animals, starting with his pet dog. His behavior disturbs his father Archer, who hires a local minister to perform an exorcism on his son, but after John's dog attacks him, Archer sends her to the pound. John eventually forgets he can talk to animals.

As an adult, John is a doctor and surgeon living in San Francisco. He is happily married to his wife Lisa, and has two daughters, typical teenager Charisse, and nerdy Maya, who has a pet guinea pig named Rodney, and what she thinks is a swan egg, which she hopes will bond with her upon hatching. A large medical company owned by Mr. Calloway seeks to buy John's practice, a deal which his colleagues Mark Weller and Gene Reiss are enthusiastic about.

John's family goes on vacation, but he must return to work to see a patient, and then pick up Rodney. He nearly hits a dog, which gets up and angrily shouts at him in English. The next day, Rodney starts talking to John, who has no memory of his gift, and thinks he is having a mental breakdown. John has a CT scan after animals start asking for favors when he helps a wounded owl, and he then unwittingly adopts the dog he ran over, eventually naming him Lucky. John starts secretly helping various animals, including a suicidal circus tiger named Jake, who feels great cerebral pain. Through all this, John begins learning to re-appreciate his gift, at one point confiding to Lucky that he has never felt excited about his work in years. However, Lisa and Mark catch him performing CPR on a rat, and have him institutionalized.