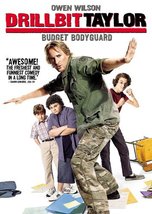 Drillbit Taylor Dvd added to cart. Only one available in stock 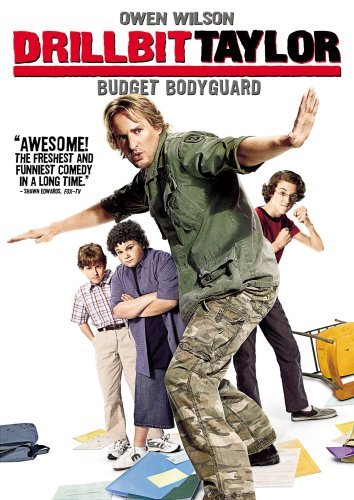 DRILLBIT TAYLOR tells the story of three nerdy adolescents who, on their very first day of high school, find themselves the target of a merciless, near psychotic bully. The friends band together and pool their funds to hire a personal bodyguard, Drillbit Taylor (Owen Wilson). Taylor, a homeless beach bum and AWOL army soldier, plans to con the kids just long enough to pull together the money needed to amscray off to Canada. A momentary flash of a conscience and a growing crush on a teacher at the boys' high school, however, compels Drillbit to stick around, do the right thing, and ultimately save the day. The movie is fluff to the extreme, and because it's from the duo of Seth Rogen and Judd Apatow it's easy to long for more. There's a remarkably talented comic cast here, though, that includes, among others, Upright Citizens Brigade veteran Matt Walsh, former Daily Show correspondent Beth Littleford, and indie favorite Frank Whaley. And while it never reaches the near poetic heights of vulgarity to be found in SUPERBAD and KNOCKED UP, one can sense Rogen and Apatow's supreme wit poking around the edges of the film. Where DRILLBIT does succeed, however, is as a fun movie for pre- and early-adolescent boys. KNOCKED UP and 40-YEAR-OLD VIRGIN deal with some adult subject matter, meaning the plots are driven by issues that 13-year-olds most likely can not relate to, and SUPERBAD is raunchy to the point where parents might not want their kids to see it until they can at least drive. DRILLBIT, on the other hand, strikes a nice middle ground, as it deals with the age-old problem of the high school bully and throws in just enough raunch & roll to keep the sleepover rowdy until dawn.