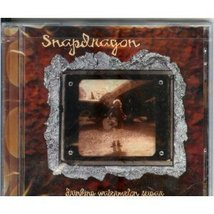 Drinking Watermelon Sugar by Snapdragon Cd added to cart. Only one available in stock 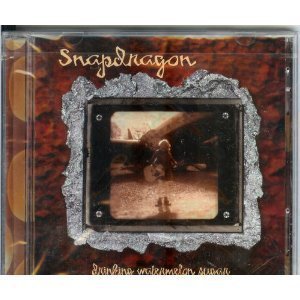 Drinking Watermelon Sugar by Snapdragon
"I was a DJ at a college radio station in 1996 when I discovered this CD. The bands record label sent it as a promotional demo, and I was hooked the first time I listened to it. I love this CD. There isn't a bad or weak song on the entire CD. Overall, I would classify it as pop/alternative with a hint of a grunge edge, but there are some tracks with a strong country and bluegrass sound, which, as a previous commentator noted, would be right at home on a country radio station. There are several aspects of this CD which attracted me to it. Everything about this band is unpretentious. They play for the art of art's sake, not for the art of commercialism's sake. Musically, they are true to themselves. They are artists exploring their talents as a band. And, there's a lot of talent in this band. The songs aren't forced or contrived, they come straight from the heart. The melodies are pleasing, powerful and simple, the lyrics are refreshingly naive and innocent. The underlying theme of all the songs is about coming of age. The lyrics all seem to be about the transition of a young girl to a young lady, physically, mentally and spiritually; the pain and sorrow, the joy and ecstasy of growing up as well as the memories of a cherished youth now passed. There's a sweet childhood innocence to the stories. There's a certain charm and allure in Tara Van Devender's voice that draws you into the music. When she sings, you can hear the small child that still lingers in her voice. This is one of the best CD's never to make it big, and it's a shame. Snapdragon deserves more that an obscure footnote in the annals of recorded music, but unfortunately this seems to be their destiny. I mean, I'm surprised that I'm only the second person to give this CD a review. I play this CD frequently, and have done so for the last 20 years. I wish radio stations would give them the airplay they deserve. My favorite song is Miss Moss. When I listen to this song, I close my eyes and can see myself on the front porch veranda of a country estate somewhere in the hills of Tennessee or West Virginia watching fireflies flitter on a warm summer night, listening to the strumming of banjos and mandolins. Not many songs move me as deeply as Miss Moss does."
All used  disks are professionally refurbished and test played before shipping and will play  well in most machines.