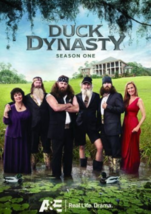 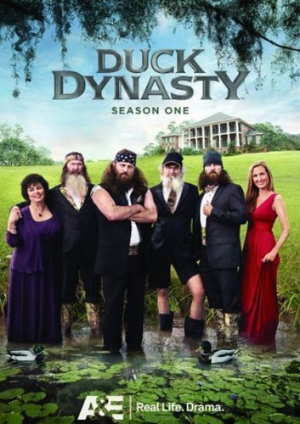 Duck Dynasty is an American reality television series on A&E that portrayed the lives of the Robertson family, who became successful from their family-operated business, Duck Commander. The West Monroe, Louisiana business makes products for duck hunters, primarily a duck call called Duck Commander. The Robertson men—brothers Phil and Si, and Phil's sons Jase, Willie, and Jep—are known for their long beards and their conservative Protestant Christian views. The family was previously featured on the series Benelli Presents Duck Commander and its spin-off, Buck Commander, on the Outdoor Channel; Outdoor Channel acquired rerun rights to Duck Dynasty in 2016.

The show has broken several ratings records on A&E and cable television as a whole. The fourth-season premiere drew 11.8 million viewers; the most-watched nonfiction cable series in history.[4] In mid-December 2013, controversy from an interview Phil Robertson gave to GQ magazine resulted in an indefinite suspension by A&E, due to remarks he made which were being widely viewed as anti-gay.[5][6] Following public pressure on A&E to lift the suspension, he was reinstated nine days later