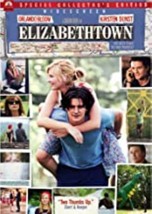 Elizabethtown Dvd added to cart. Only one available in stock 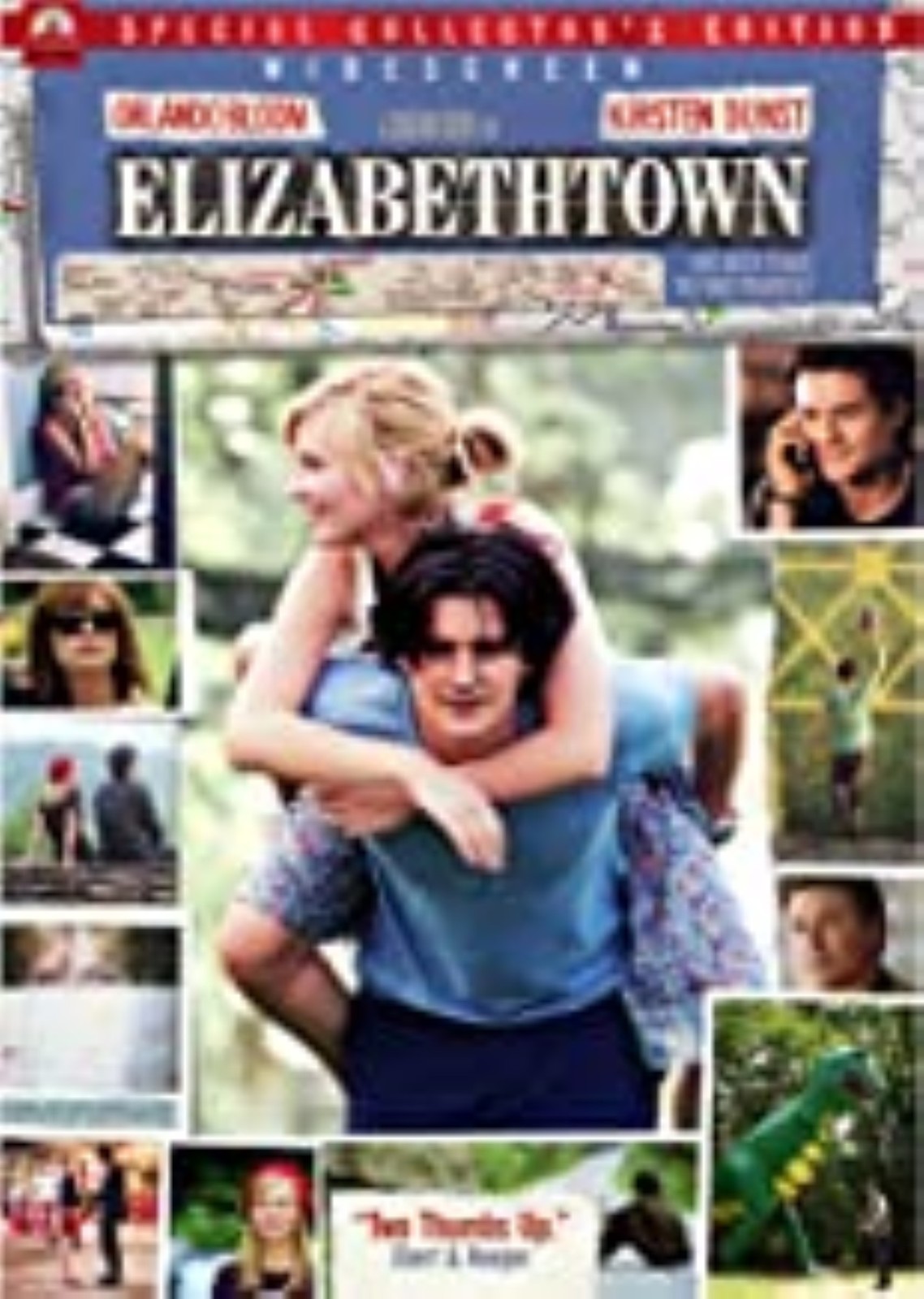 Drew Baylor is a designer for a shoe company. When his latest design, hyped to be a great accomplishment in his life, has a flaw that will cost the company $972 million to correct, Drew is shamed by his boss before he is dismissed. Disappointed in his failure, and the subsequent breakup with his girlfriend Ellen, he plans to commit suicide, only to be stopped at the last moment by a call from his sister Heather telling him that his father died while visiting family in Elizabethtown, Kentucky. When his mother Hollie refuses to go, following a dispute between her and the rest of the Kentucky Baylors, Drew volunteers to retrieve the body.

On the flight to Kentucky, Drew meets Claire, an optimistic and kind flight attendant who gives him a seat in first class, due to the plane being empty. She provides helpful advice to a despondent Drew, giving him directions and tips on getting to his destination before they part. When he gets to Elizabethtown, Drew is met by the family, and he makes arrangements for a cremation at his mother's request, despite the family's objections. While staying at a hotel, where a wedding reception is being held, Drew calls his mother and sister, then his ex-girlfriend as he continues to struggle with his suicidal thoughts. Finally, he calls Claire, and the two of them talk for hours. She impulsively suggests they meet before she has to depart on a flight to Hawaii.

Drew comes to grips with his father's death, and while he is visiting his Aunt Dora, his uncle Bill remarks on how his father would look in the suit. Drew realizes that he hadn't given the suit to the mortuary to be cremated, and has second thoughts on the procedure. He rushes out to stop the cremation but is too late and is given his father's ashes. Claire returns from her flight and unexpectedly meets him at his hotel, where they have sex. Afterwards, she tells him she loves him, and he responds with regret that he failed at his life, admitting he was contemplating suicide. Claire leaves upset that Drew had not responded in kind.

Hollie and Heather arrive for the service, and Hollie tells a series of amusing anecdotes with her eulogy. Claire arrives, and tells Drew to take one final trip with his father, giving him a map with special stops to make along the way. Drew follows the map home, spreading his father's ashes at memorable sites until reaching a farmer's market, where a series of notes gives him a choice; to either follow the map home, or follow new direction. He chooses the latter, where Claire is waiting for him. The two kiss and Drew finally realizes he loves her.
Disk has been professionally refurbished and test played before shipping and will play  well in most machines.
Disc's are also repackaged (labeled refurbished) .
Ws or Fs