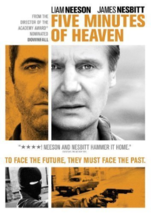 Five Minutes of Heaven Dvd added to cart. Only one available in stock 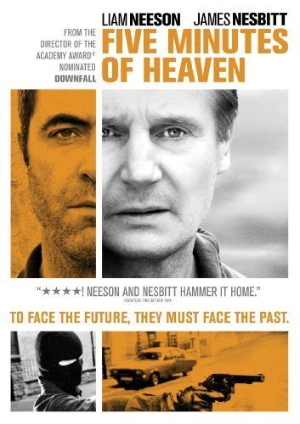 In Lurgan, Northern Ireland, during 1975 and the Northern Irish Troubles, the Irish Republican Army are targeting British loyalists and the loyalist Ulster Volunteer Force are exacting revenge on Catholics they claim are militant republicans. Alistair Little, 17, is the leader of a UVF cell, eager to let blood. He and his gang are given the go-ahead to kill a young Catholic man, James Griffin, as a reprisal and a warning to others. When they kill Griffin, his 8-year old little brother Joe watches in horror. Little is arrested and sentenced to prison for 12 years.

Thirty-three years after the murder, Little and Griffin have been set up to meet on camera by a reconciliation project. Little has served his sentence and peace has been agreed to in Northern Ireland, but Joe Griffin is not coming on the programme for a handshake. He is carrying a knife and intends to murder his brother’s killer during the meeting. However, just before he is to go on camera, he becomes extremely agitated and demands that the cameras be removed. When the producers try to calm him, he leaves, and the two men don't meet.