For the Boys Vhs

For the Boys Vhs added to cart. Only one available in stock 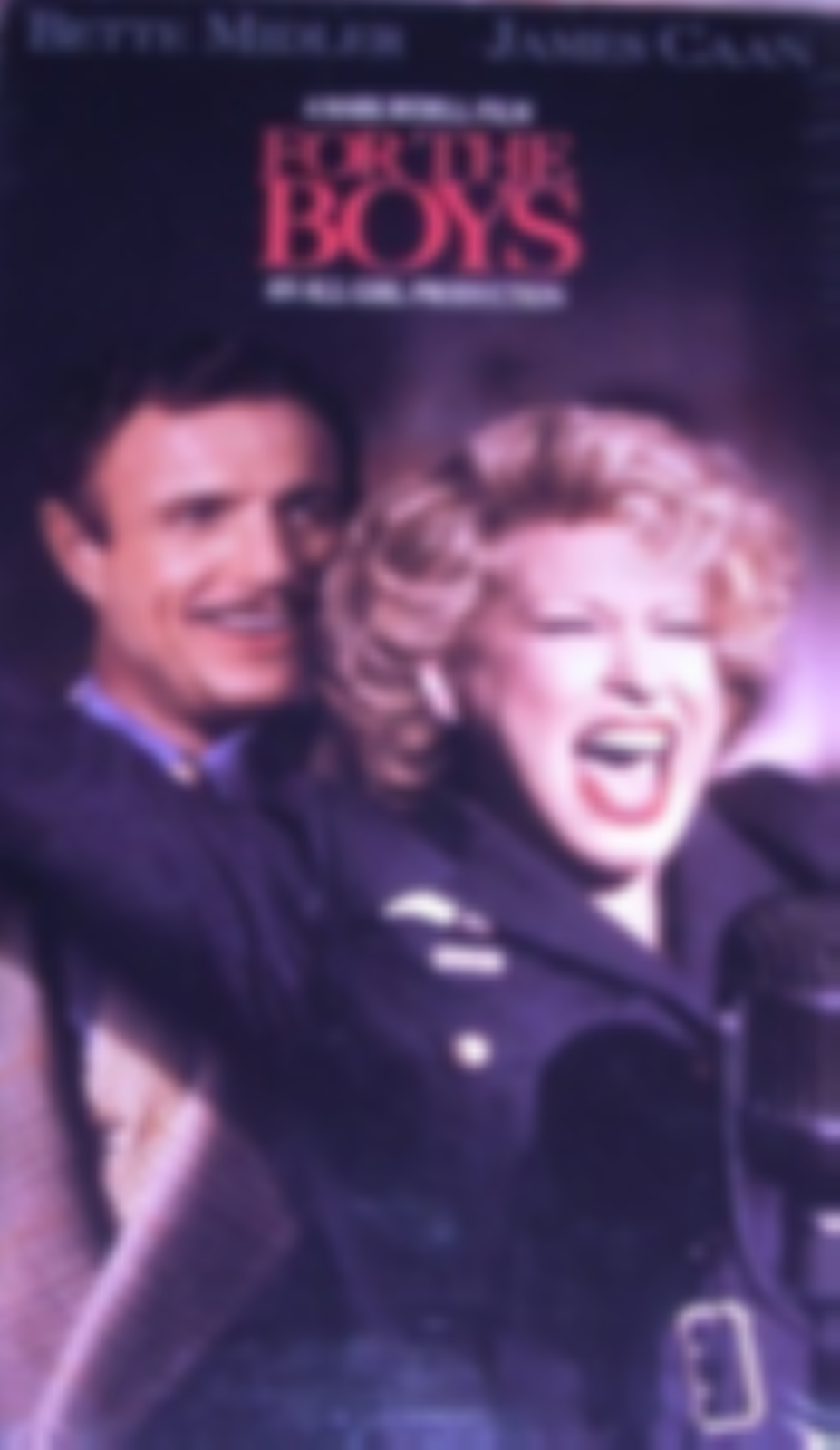 ambitious musical saga, unknown USO singer Dixie Leonard (Bette Midler) is teamed up with one of

For the Boys Vhs

America's beloved song-and-dance men--Eddie Sparks (James Caan)--in England during World War II, beginning a 50-year partnership of music, laughter, and tears. Eddie is a seductive comedian and singer as notorious for his roving eye as he is for his jokes, while Dixie is a feisty but vulnerable and incredibly talented entertainer. Through three wars, a Golden Era television show, the McCarthy trials, and, in later years, an awards ceremony, FOR THE BOYS chronicles the relationship of this perfect onstage, tumultuous offstage couple as it's highlighted by historic events. George Segal adds further complexities to the couple's relationship as Dixie's showbiz uncle who is interrogated during the McCarthy era. With this nostalgic film, director Mark Rydell creates--in the spirit of old MGM musicals laced with a serious, modern look at war--a highly entertaining and touching film. The heroic cinematography, authentic period costumes and sets, and wonderful musical numbers all enhance this gripping melodrama.