$9.75
DISCOUNTS Chlp offers discounted shipping when you buy items together 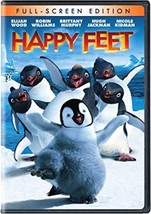 Happy Feet Dvd added to cart. Only one available in stock 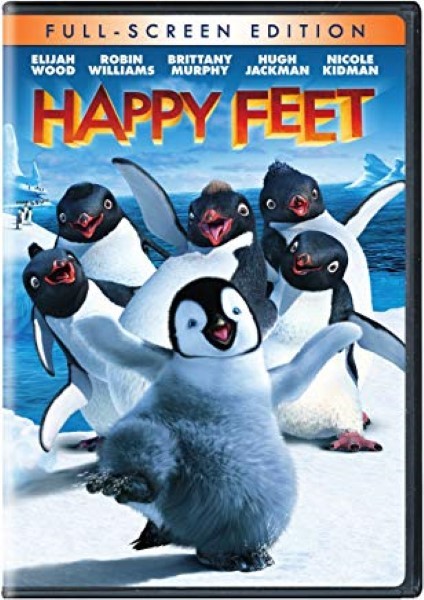 Happy Feet
Elijah Wood, Robin Williams, Brittany Murphy, and Hugh Jackman provide the voices in the animated kids movie, Happy Feet. This is the story of a little penguin named Mumble who has a terrible singing voice and later discovers he has no Heartsong. However, Mumble has an astute talent for something that none of the penguins had ever seen before: tap dancing. Though Mumble's mom, Norma Jean, thinks this little habit is cute, his dad, Memphis, says it 'just ain't penguin'. Besides, they both know that, without a Heartsong, Mumble may never find true love. As fate would have it, his one friend, Gloria, happens to be the best singer around. Mumble and Gloria have a connection from the moment they hatch, but she struggles with his strange 'hippity-hoppity' ways. Mumble is just too different--especially for Noah the Elder, the stern leader of Emperor Land, who ultimately casts him out of the community. Away from home for the first time, Mumble meets a posse of decidedly un-Emperor-like penguins--the Adelie Amigos. Led by Ramon, the Adelies instantly embrace Mumble's cool dance moves and invite him to party with...
All used  disks are professionally refurbished and test played before shipping and will play  well in most machines.