Haywire by State of Being Cd 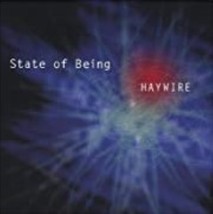 Haywire by State of Being Cd added to cart. Only one available in stock 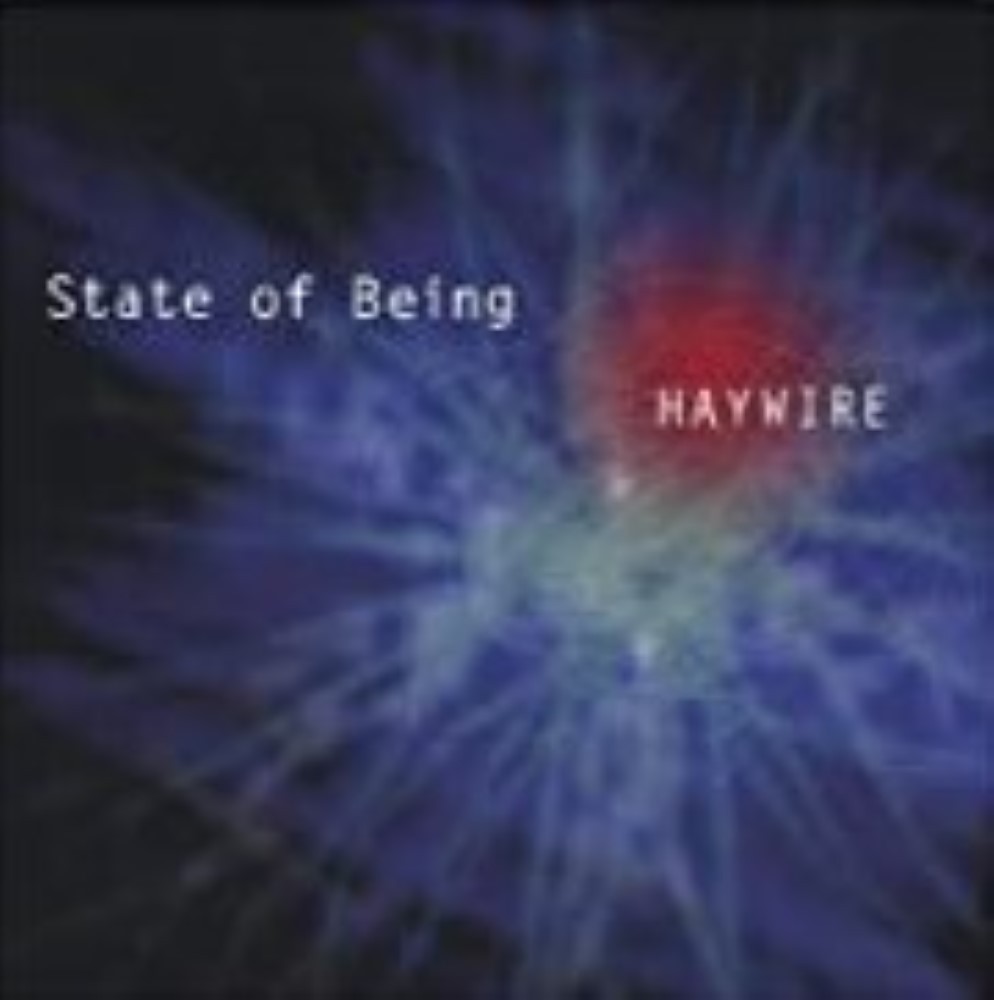 Haywire by State of Being
"Haywire" is Cleveland based State Of Being's third full-length adventure and a quite exciting dive into a sea of succulent melodies, crunchy rhythms, crispy synth sounds and dark flavored rock. Produced by Andy Kubiszewski (Stabbing Westward, Prick, The The), the record offers a varied content. Sometimes melancholic and with fragile acoustic guitar, sometimes groovy and crashing, sometimes exploding like a volcano - it's an emotionally touching roller-coaster ride between powerful and sentimental moments. During the listening trip you've got the feeling to meet a co-operation between Gravity Kills, God Lives Underwater, Stabbing Westward and Econoline Crush. Not the worst mixture, is it? Christopher Foldi's vocals suit very well to this mixture, underlining the individual moods and conditions of the songs. Few times Shara Foldi adds her sweet and clear vox, too. The record offers some dynamic energizer like "Overload" and "Shameless" as well as some calmer pieces like the groovy "I Could" or the highly melancholic and touching "This Thing" with its stringed instrument sounds. "Whitespace" is a great piece with an interaction between heavy industrial rhythms and tender acoustic guitar parts, the lively "Take Me Away" offers some catchy guitar lines which spread some oldschool goth flair, and "Losing It" deals with some cute keyboard spots within the calmer paced verses whilst the choruses kick off vibrantly. "Haywire" is absolutely recommendable for everyone into darker rock with an industrial edge and goth splinters. - Breda, 16 Oct 2005 -- VIRUS!, October 16, 2005

Cleveland-spawned multi-genre prototype that succeeds in the face of a situation comparable to inviting your strangest bedfellows to the same party. Mainstream listeners will block out the occasional crackly sample-breaks and hear hard rock or nu-psychedelica depending on the song, but it's more a stew of both those styles further synth-refined into a concoction deserving of its own slick classification - aggro-indie perhaps (aggro, for all the blessedly unaware non-scenesters, is wonk-English for techno-metal). A slightly vulnerable production prevents this from being as drunkenly powerful as, say, KMFDM, but makes it CMJ-relevant in the same stroke. Title track combines ennui-drone vocals with buzzsaw guitar and caustic industrial patterns that peak during its zillion-layer chorus. Fair comparison here would be Flesh Field, but then there's the Garbage vs Melvins scuffle in "Overload" with its ear-drilling fuzz-bombs. There's talk of big-league interest already, which comes as no surprise. - Eric W. Saeger -- Skope Magazine, Mouvement Nouveau, 2004

Haywire is the third full-length release from Cleveland's esteemed dark-rock ensemble, State of Being. The cd was produced and engineered by Stabbing Westward's Andy Kubiszewski, whose stylistic influence is evident on many of the tracks. The thirteen songs are comprised of electric guitar, bass, drums and keyboards, with songwriter and guitarist Christopher Földi contributing the lion's share of the vocals. From the opening track, "Haywire," the music grabs the listener's attention and continues to hold it captive throughout the entire cd. "Overload" is a wicked, hard-driving rock track, laced with heavy guitar riffs. The cd's first single, "Levity," is an industrial-edged gem and has already shot to the top of the online radio charts. "Shameless" is a straight-ahead rocker, while "Take Me Away" and "Beneath the Skin" add euphoric doses of dark techno to the mix. The band slows the tempo and the vocal duties shift to Shara Földi for the haunting ballad, "Wondering." Seamlessly blending industrial, goth, and electronica, Haywire is a vibrant mixture of dark, alternative rock styles that transcends musical boundaries to create a distinctive and captivating sound. Haywire is a five-star production that will surely launch State of Being to new, well-deserved heights in the realm of alternative music. - Russell Williams -- Dark Realms, Issue #15, July, 2004

If Christopher Foldi is searching for levity, as the State of Being frontman claims early on his band's latest album, he's looking in all the wrong places. Haywire is SoB's most belligerent effort yet, all bulked-up electro-rock that sounds as if this bunch has spent the last two years eating glass and doing squat thrusts.

"In the pit of my gut I taste burning pain/An ulcer that eats from my heart to my brain," Foldi growls on "I Could," a song about emotional isolation... such dark, angry sentiment drives the newly propulsive SoB. Half this album is just as suited for the mosh pit as the dance floor, particularly the bellowed-out title cut and the hulking "Overload"... SoB doesn't forget the buoyant dance numbers ("Take Me Away") and breathy, lovelorn electronica ("This Thing"), but for the most part, this is an album where knuckles bleed, not hearts. - Jason Bracelin -- Scene Magazine, June 16, 2004

Since it was formed by vocalist/songwriter Christopher Foldi in the early '90s, State of Being has been one of the biggest names on the local industrial music scene. Since then, it's evolved into a more guitar-oriented rock act with more stable personnel (keyboardist Shara Foldi, guitarist Scott Foldi, bassist Rayanne Turek and drummer Randy Blaire). It's never been incredibly prolific; its new release is only its third in more than a decade. But, with Andy Kubiszewski, formerly of Cleveland's Exotic Birds and Chicago's Stabbing Westward, producing, the band has reclaimed some of its early electronic legacy, artfully combining it with the heavier rock it's leaned towards in recent years. Tracks like "Overload" still buzz with synths, but now have bite and punch. While there are programming-dominated tracks like "I Could" and "Apathetic" for old-school fans, the airy, open quality on the acoustic guitar-driven "Whitespace," the strong melody on "Take Me Away," the lack of self-loathing anguish in the lyrics and Foldi's crisp voice make SOB more than just another NIN wannabe... - Anastasia Pantsios -- The Free Times, 2004
1. Haywire
2. Overload
3. Levity
4. Whitespace
5. Shameless
6. Take Me Away
7. Wondering
8. I Could
9. Apathetic
10. This Thing
11. Beneath the Skin
12. Losing It