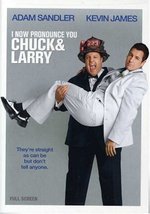 I Now Pronounce You Chuck & Larry Dvd added to cart. Only one available in stock 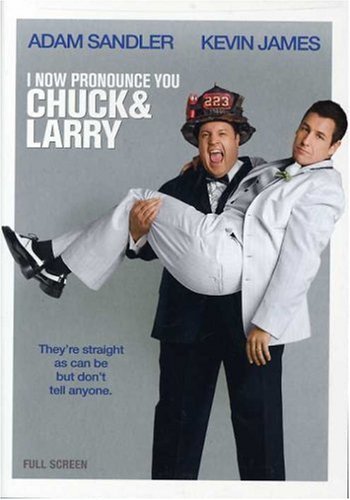 I Now Pronounce You Chuck & Larry


Two comedy dynamos unite in this comedy from director Dennis Dugan (PARENTHOOD, HAPPY GILMORE). Brooklyn firefighters Larry Valentine (Kevin James) and Chuck Levine (Adam Sandler) have watched each other's back since they met in the Academy even though they are different as can be. Playboy Chuck can't get enough of the ladies and they can't get enough of him. Larry, meanwhile, is a widower raising two young children and still grieving the death of his wife. When Larry saves Chuck's life on a call, he comes up with a unique way for his buddy to repay him: having missed the opportunity to name his children beneficiaries, he asks Chuck to act as his domestic partner so that his children will be provided for if tragedy strikes. But these two buddies soon find themselves the subject of an investigation by the city. Enter Alex McDonough (Jessica Biel), their highly attractive attorney who leaves Chuck desperately wishing he wasn't pretending to be gay.Initially, Chuck and Larry are as guilty of making stereotypical gay jokes as the next average Joe. In fact, pretty much any and every gay joke and stereotype turns up in this film. But their attitudes change when the shoe is on the other foot and they find themselves and their new gay friends the subject of discrimination, mocking and name-calling. Ving Rhames, Steve Buscemi, Richard Chamberlain, and Nicholas Turturro have supporting roles, and musicians Lance Bass and Dave Matthews make brief appearances. SATURDAY NIGHT LIVE alumni also abound: watch for Rachel Dratch, David Spade, and Rob Schneider in small roles, while Dan Akroyd plays the boys' captain.