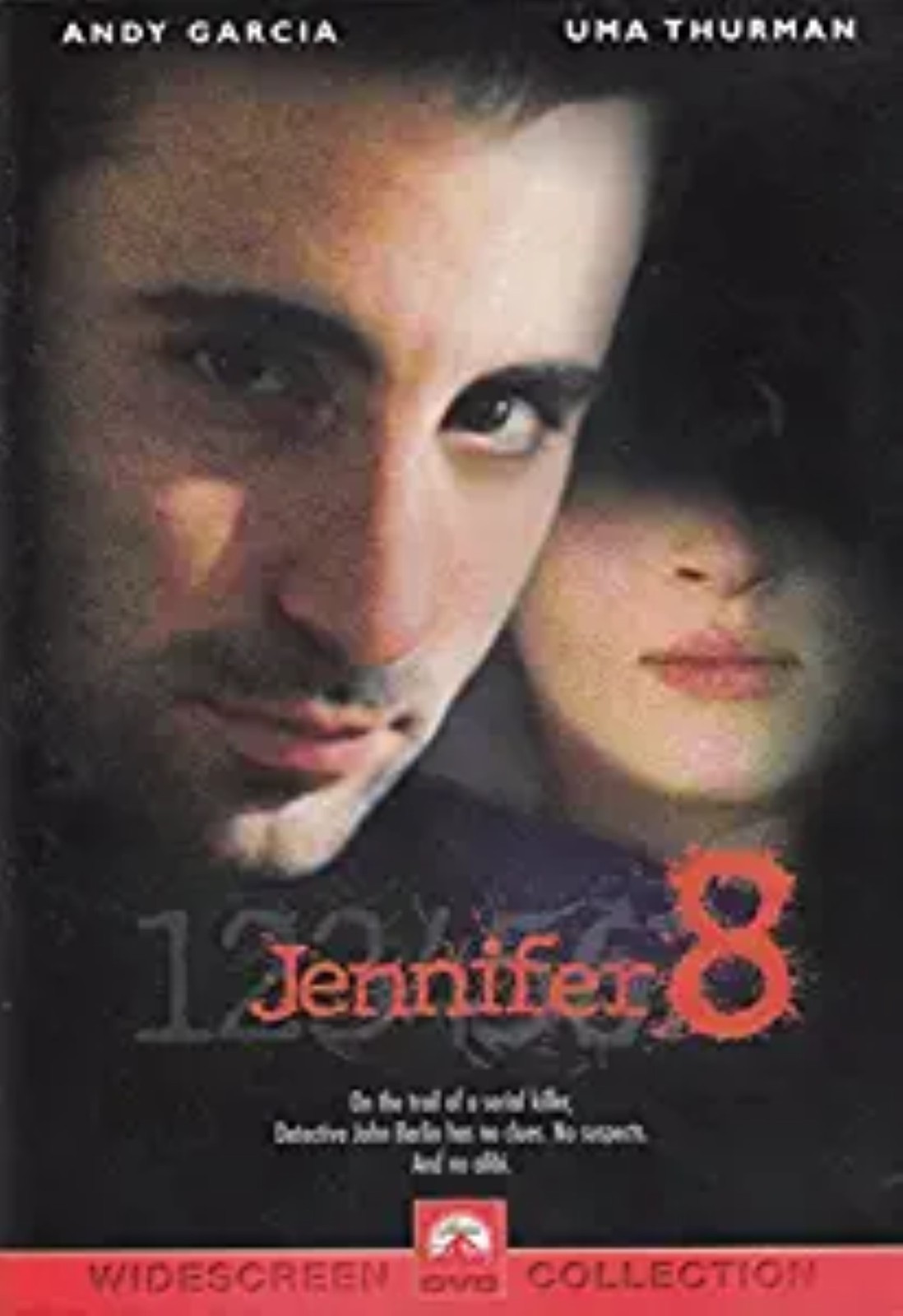 Former Los Angeles policeman John Berlin is teetering toward burnout after the collapse of his marriage. At the invitation of an old friend and colleague, Freddy Ross, Berlin heads to rural northern California, for a job with the Eureka police force. Instead, Berlin prickles his new colleagues, especially John Taylor, who was passed over for promotion in order to make room for Berlin.

After finding a woman's severed hand in a garbage bag at the local dump, Berlin reopens the case of an unidentified murdered girl, nicknamed "Jennifer", which went unsolved despite a full-time six-month effort by the department. Berlin notes an unusually large number of scars on the hand as well as wear on the finger-tips which he realizes came from reading Braille, determining that the girl is blind. He begins to believe the cases are related. Berlin does his best to convince Freddy and his fellow officers of his suspicions, but Taylor, and police chief Citrine, refuse to believe that the hand found at the dump is in any way connected to the other cases.

After consulting his former colleagues in L.A., Berlin discovers that in the previous four years, six women, most of them blind, have either been found dead or are still missing, all within a 300-mile radius of San Diego. He becomes convinced that "Jennifer" was the 7th victim and the girl whose hand was found at the dump is "Jennifer 8", or victim #8. While investigating the links between the dead and missing blind girls, he meets blind music student Helena Robertson, determining that her roommate Amber was the eighth victim. Berlin becomes obsessed with the case, despite an almost complete lack of hard evidence, and becomes romantically involved with Helena, who resembles his ex-wife.

After an attack on Helena, Ross accompanies Berlin on a stakeout at the institute where Helena lives in a dorm, after leaving Helena with Ross' wife Margie. When they see a flashlight shining on the same floor as Helena's apartment, Berlin investigates and is knocked unconscious by the killer, who then shoots and kills Ross with Berlin's .32 pistol. A grueling interrogation of Berlin by FBI special agent St. Anne ensues. St. Anne makes clear to Berlin that he figures him for Ross's murderer, but also inadvertently reveals information which helps Berlin realize that Sgt. Taylor is the true killer. Berlin tells St. Anne and Citrine who he believes the killer to be, but his deductions are met with disbelief. Berlin is arrested for Ross's murder, but is bailed out by Margie, who believes that Berlin is not the killer.

Upon making bail Berlin returns to Margie's house only to learn that Margie has taken Helena back to the institute. Fearing that Helena and Margie are in danger, Berlin rushes to the institute, but fails to arrive ahead of Taylor, who breaks in and chases a woman he believes to be Helena through the dorm. Finally catching up to her, he is shocked to discover that the woman he'd been pursuing is actually Margie, who shoots him dead, avenging her husband and closing the case.