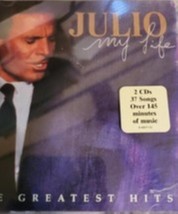 Julio Iglesias - My Life: Greatest Hits Cd added to cart. Only one available in stock 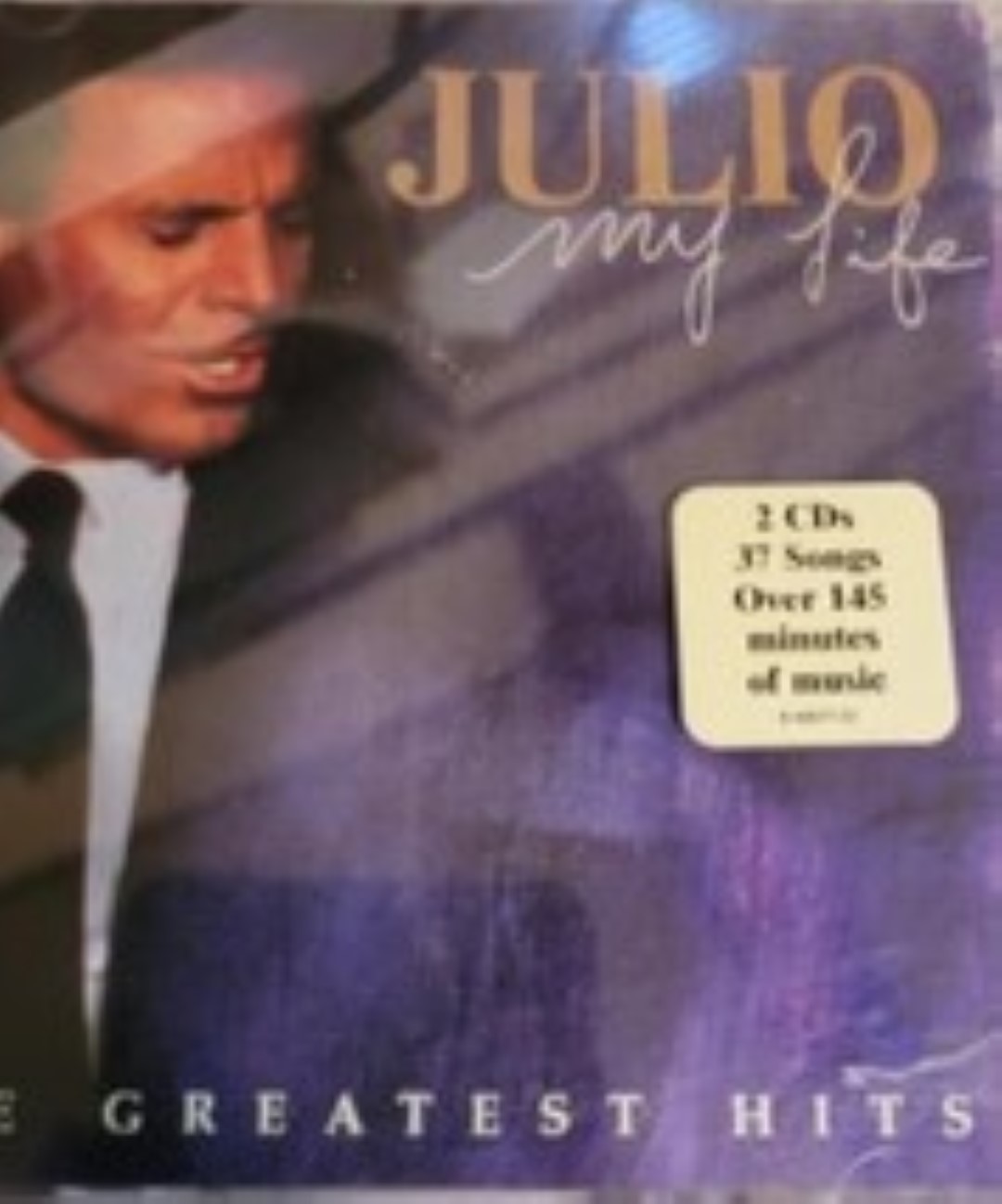 On the heels of his album Tango comes the ultimate Julio Iglesias compilation. This double album is the first collection of Julio's most popular songs, with several previously unreleased tracks and 2 new songs recorded for this project. Also includes his best duets: "To All the Girls I've Loved Before" with Willie Nelson and more with Diana Ross, Stevie Wonder, Frank Sinatra, Paul Anka and others. Highlights include an amazing duet with All-4-One, "Smoke Gets in Your Eyes."

The master of the love ballad--in at least six languages--has finally put his greatest hits, along with four new tracks, in a solid two-CD bilingual set. His early material from the 1970s is solid stuff that reminds us of Iglesias's initial allure--his voice, at once mellifluous, melancholy, and warm. His early magic is evident on such heat generators as the plaintive but ultimately uplifting "Hey," the haunting "Abrazame," and the moving "Manuela." He broke the U.S. market wide open in 1984 with the corny but impacting "To All the Girls I've Loved Before" with Willie Nelson. That song began a successful series of duets with other pop stars such as Stevie Wonder, Dolly Parton, and Diana Ross, all included here. Of poignant interest is "Summer Wind," sung with the late Frank Sinatra. --Ramiro Burr

Julio José Iglesias de la Cueva (Spanish: [ˈxuljo iˈɣlesjas]; born 23 September 1943) is a Spanish singer, songwriter and former professional footballer. Iglesias is recognized as the most commercially successful Spanish singer in the world and one of the top record sellers in music history, having sold more than 100 million records worldwide in 14 languages. It is estimated that during his career he has performed in more than 5000 concerts, for over 60 million people in five continents. In April 2013, Iglesias was inducted into the Latin Songwriters Hall of Fame.

In 1983, Iglesias was celebrated as having recorded songs in the most languages in the world, and in 2013 for being the artist in Latin music with the most records sold in history. In April 2013 in Beijing, he was honored as the most popular international artist in China. In Brazil, France, Italy and elsewhere, Iglesias is the most successful foreign record seller, while in his home country, Spain, he has sold the most records in history, with 23 million records.

During his career, Iglesias has won many awards in the music industry, including the Grammy, Latin Grammy, World Music Award, Billboard Music Award, American Music Award and Lo Nuestro Award. He has been awarded the Gold Medal for Merit in the Fine Arts of Spain and the Legion of Honor of France. UNICEF named him Special Ambassador for the Performing Arts in 1989. He has had a star on the Hollywood Walk of Fame since 1985.

All used  disks are professionally buffed and test played before shipping and will play  well in most machines.