Just Go With It Dvd 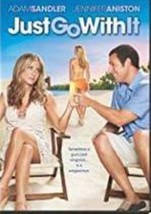 Just Go With It Dvd added to cart. Only one available in stock 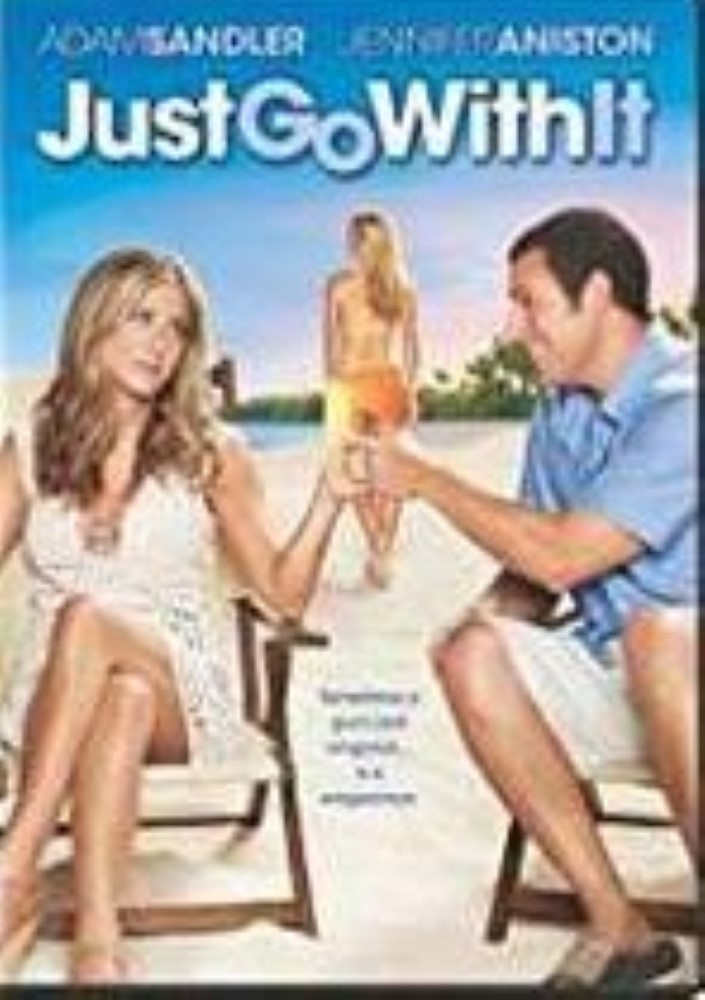 Danny Maccabee (Adam Sandler) meets the girl of his dreams (Brooklyn Decker) but has to enlist his loyal assistant Katherine (Jennifer Aniston) to pretend to be his soon-to-be ex-wife in order to cover up a careless lie. When more lies backfire, Katherine’s kids become involved, and everyone heads off to Hawaii for a ridiculous, out-of-control weekend that tests the limits of how far we’ll go for love.
It all comes down to chemistry. And the two main stars of Just Go with It, Jennifer Aniston and Adam Sandler, thankfully, have chemistry to spare. Both actors have plenty of sheer likability and honest ease, as well as sparks in just the right places, which helps propel Just Go with It to its satisfying (if a bit predictable) conclusion. (Hollywood execs: Consider an update of Moonlighting starring these two.) If the premise, loosely based on the Goldie Hawn film Cactus Flower, stretches reality, the capability of the whole cast makes Just Go with It an enjoyable ride. Sandler plays Danny, a surgeon who falls for a much-younger bombshell, Palmer (swimsuit model Brooklyn Decker, a surprisingly natural actress). But when Palmer finds the fake wedding band that commitment-phobe Danny has used for his no-strings-attached previous relationships, the web of fibs begins. Danny asks his assistant, Katherine (Aniston), to pretend to be his soon-to-be-ex-wife, and Aniston plays it to the hilt. But soon Danny's wobbly house of cards includes Katherine's children--and, in the ultimate romantic-comedy trope, a group trip to Hawaii to work things out. The cast really is stellar, including very small supporting roles by Nicole Kidman and singer Dave Matthews, as an insufferable couple disliked intensely by Katherine. (Of course they end up in Hawaii with the gang, too.) Minka Kelly, Kevin Nealon, and Rachel Dratch also make memorable cameos. But it's Sandler and Aniston, along with the snappy direction by Dennis Dugan (Happy Gilmore, Big Daddy), who make Just Go with It one of the more romantic--and funny--romantic comedies in recent memory. Our advice: Sit back, and just go with it. --A.T. Hurley
All used  disks are professionally refurbished and test played before shipping and will play  well in most machines.
Disc's are also repackaged (labeled refurbished).