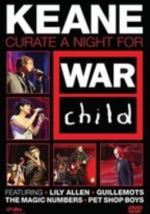 Keane: Curate a Night for War Child Dvd added to cart. Only one available in stock 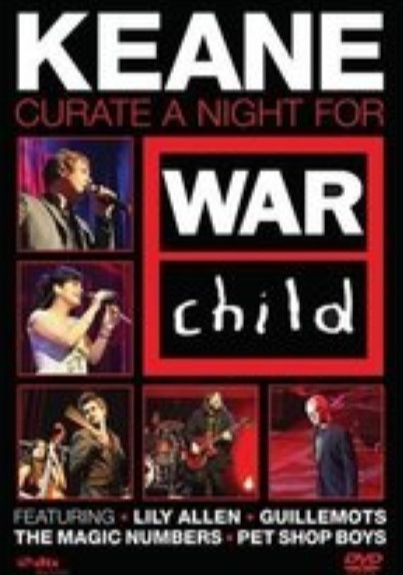 On November 1, 2007 Keane hosted a spectacular night at Brixton Academy in aid of the charity War Child. The evening featured sets from Teddy Thompson (son of Richard), Findlay Brown, Brendan Benson (with Keane as his backing band), the Guillemots, the Magic Numbers, the Pet Shop Boys and Lily Allen, performing her own chart topper "Smile" and the Keane hit "Everybody's Changing", both with Keane as her band, before Keane themselves brought events to a close with a storming set featuring their biggest hits and a cover of the Queen/David Bowie classic "Under Pressure". The event was a huge success raising both awareness and a substantial amount of money for the War Child charity, a process continued by this DVD.

Thanks for shopping with us!