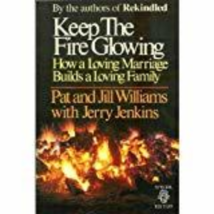 Keep the Fire Glowing by Williams, Pat; Williams, Jil added to cart. Only one available in stock 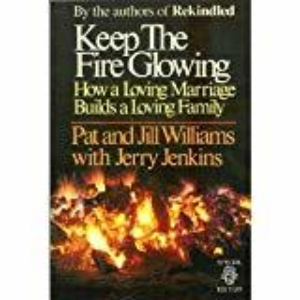 Pat Williams is a basketball Hall-of-Famer, currently serving as co-founder and senior vice president of the NBA’s Orlando Magic. As one of America’s top motivational speakers, he has addressed thousands of executives in organizations ranging from Fortune 500 companies and national associations to universities and nonprofits. Clients include AllState, American Express, Cisco, Coca-Cola, Disney, Honeywell, IBM, ING, Lockheed Martin, Nike, PriceWaterhouseCoopers and Tyson Foods to name a few. Pat is also the author of 100 books, his most recent title highlighting the secrets to peak performance in HUMILITY.

Since 1968, Pat has been in the NBA as general manager for teams in Chicago, Atlanta, Philadelphia—including the 1983 World Champion 76ers—and now the Orlando Magic, which he co-founded in 1987 and helped lead to the NBA finals in 1995 and 2009. In 1996, Pat was named as one of the 50 most influential people in NBA history by Beckett’s, a national publication. In 2012, Pat received the John W. Bunn Lifetime Achievement Award from the Naismith Memorial Basketball Hall of Fame.