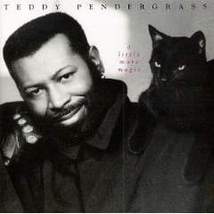 Little More Magic by Pendergrass, Teddy Cd added to cart. Only one available in stock 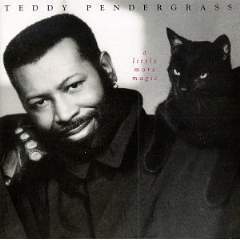 A Little More Magic is the 12th studio album by R&B singer Teddy Pendergrass, released on September 14, 1993, on the Elektra label. This was the third and last album Pendergrass recorded for Elektra, and was commercially the least successful of the three despite featuring songwriting and production credits from famous names such as Barry White, Gerald Levert and Leon Huff.

A Little More Magic peaked at #92 on the Billboard 200 and #13 on the R&B chart. Whereas the two previous Pendergrass albums had each included an R&B chart-topping single to give sales impetus, the most successful single from A Little More Magic, "Believe in Love", stalled at #14. The album is considered one of the more lackluster of Pendergrass' solo career with the generally un distinctive nature of the material, and the lack of overall cohesion resulting from the surfeit of different writers and producers involved, being particularly cited as weaknesses.

All the CDs we get on bulk used lots , if they are visibly in need of repair we repair them so they should play well, if the cases are cracked or broken we replace them with another case or jewl case, the art work is what we  received  on the purchase,some may be near perfect some may be front artwork only, some may have been replaced by the previous owner , so we can not guarantee the art work on any used cd.

We make every attempt to give our customers the best used cd s possible .