Man of the Year Dvd

Man of the Year Dvd added to cart. Only one available in stock 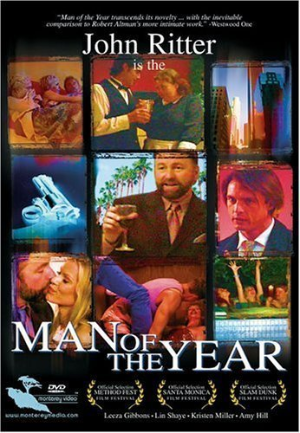 Man of the Year Dvd

Directed By: Straw Weisman Description: Bill (John Ritter) is the guest of honor as the "Man of the Year". A very successful head of a large energy firm, he is a man with many dark secrets. His best friend, Stuart, hosts the party at his ritzy ultra modern Hollywood Hills home.

During the course of the night, secrets will be revealed, trusts will be broken and relationships will change forever. Join them, their wives, their lovers, their friends, and their enemies for a night they?ll never forget as the guests discover that Bill is not the man they thought he was and his carefully constructed life begins to crumble like a house of cards.

This entire revolutionary digital feature, shot in one location and based on a concept created by Straw Weisman, was shot with twenty-five highly skilled improv actors, a character outline, and no script, in just ONE EXTRAORDINARY NIGHT!

Selected to be the Opening Night Film of The Method Fest Independent Film Festival in Pasadena, California