Monty Python's The Meaning Of Life Vhs added to cart. Only one available in stock 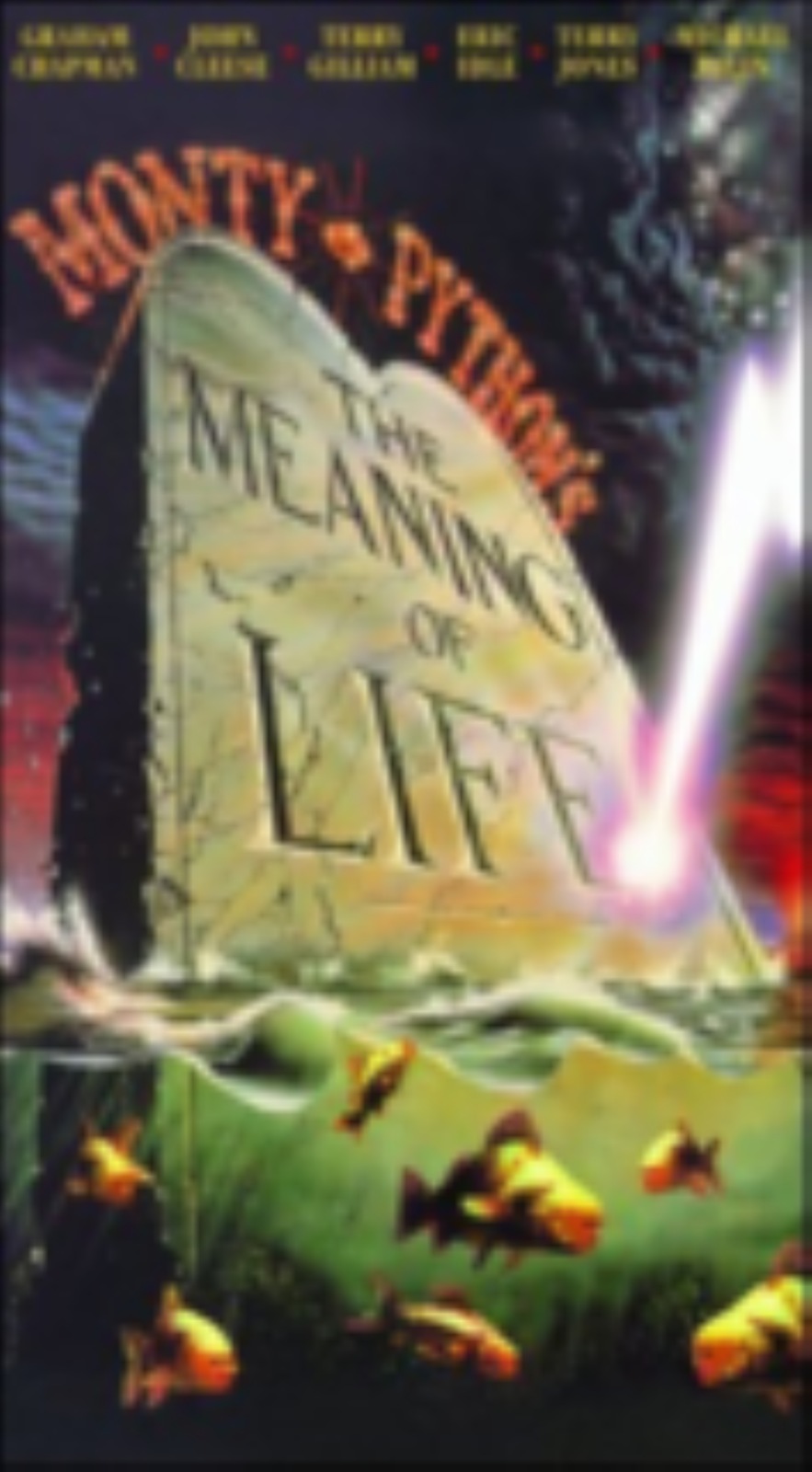 Monty Python's The Meaning Of Life

The stages of life are told through multiple sketches and songs by the British comedy troupe. The seven parts of life cover birth, growing up, war, middle age, organ transplants, old age and death. Not all stages are singular: "Part I: The Miracle of Birth" is from the perspective of an ignored woman in labor, and of a Roman Catholic couple with too many children, and "Part VII: Death" encompasses a funeral and heaven. Added are three unrelated skits placed in the beginning, middle and end.