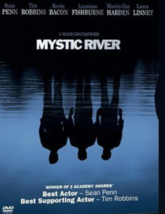 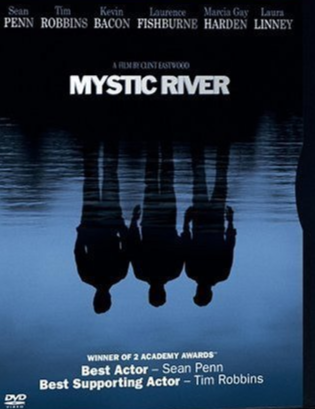 Mystic River Dvd
In Clint Eastwood's MYSTIC RIVER, a murder mystery in South Boston unites three men who have been friends since childhood. Grippingly powerful performances from the entire cast--Sean Penn, Tim Robbins, Marcia Gay Harden, Kevin Bacon, Laurence Fishburne, and Laura Linney--combined with gritty photography, an exceptionally emotional script, and a convincing working-class Boston setting make this film one of Eastwood's most consistent and penetrating works.Though they live in the same houses where they grew up, Jimmy (Penn), Dave (Robbins), and Sean (Bacon) have drifted apart over time. Their distance is due to a disturbing and violent episode that occurred when they were children. Even now, as adults married with kids, they have never managed to overcome their fear and guilt about what happened. Dave and his wife (Harden) still live next door to Jimmy, who is married to a tough-sexy blond (Linney) and has three daughters. When Jimmy's 19-year-old girl is murdered, he turns to Sean, who works as a policeman, and delivers an ultimatum: find the killer fast or I'll go after him myself. Little do they know, the culprit is the last person they'd ever suspect.
dvd83-0009-vg
All used  disks are professionally refurbished and test played before shipping and will play  well in most machines.
Disc's are also repackaged (labeled refurbished)