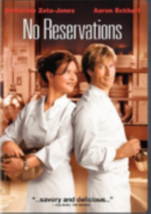 No Reservations Dvd added to cart. 4 available in stock 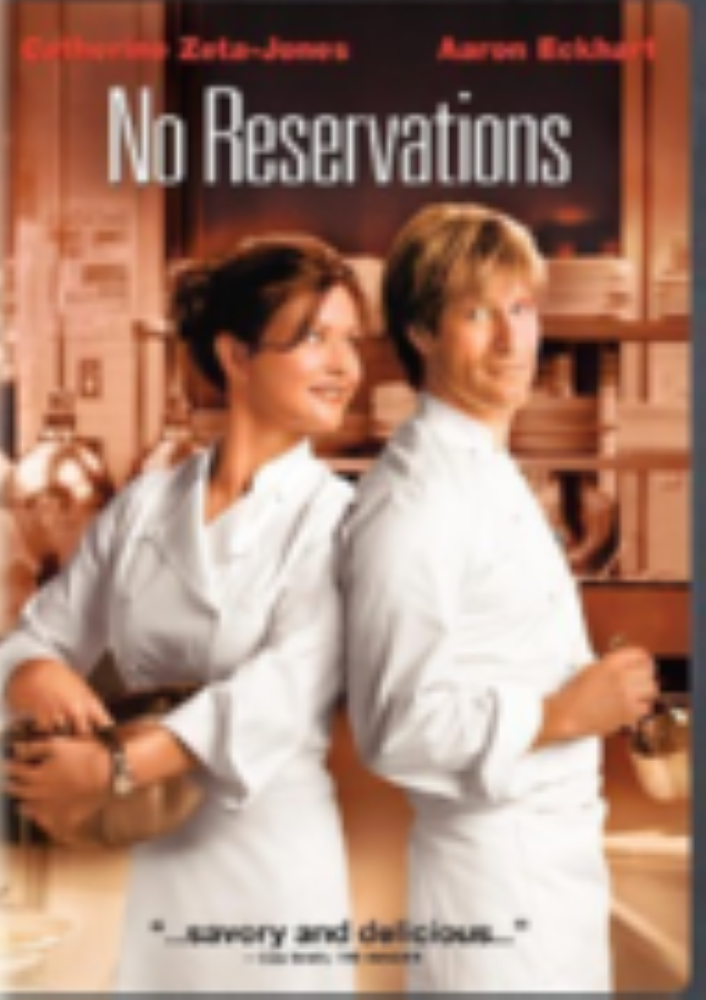 Kate Armstrong (Catherine Zeta-Jones) is the head chef at the trendy 22 Bleecker Street Restaurant in West Village of Manhattan, New York. She runs her kitchen at a rapid pace as she coordinates the making and preparation of all the fantastic meals, and personally displays the food to perfection on every dish. She intimidates everyone around her, including her boss Paula (Patricia Clarkson), who sends her to therapy. Kate hates to leave the kitchen when a customer wants to compliment her on one of her special dishes; however, she is ready to leave the kitchen in an instant when a customer insults her cooking.

When Kate's sister Christine is killed in a car accident, her nine-year-old niece, Zoe (Abigail Breslin), must move in with her. Kate is devastated by her sister's death and with all of her problems, Paula decides to hire a new sous chef to join the staff, Nick Palmer (Aaron Eckhart), who is a rising star in his own right and could be the head chef of any restaurant he pleased. Nick, however, wants to work under Kate. The atmosphere in the kitchen is somewhat chaotic as Kate feels increasingly threatened by Nick as time goes on due to his style of running her kitchen. Nick loves to listen to opera while he cooks and he loves to make the staff laugh. And Kate finds herself strangely attracted to Nick, whose uplifting personality has not only affected her staff but Zoe as well, who has been coming to work with Kate.

With all that is happening in Kate's life, the last thing she would want is to fall in love with this man, as she has pushed away all others prior. Nevertheless, there is some kind of chemistry between the two of them that only flourishes with their passion for cooking. Yet life hits her hard when Paula decides to offer Nick the job of head chef and Kate's relationship with Nick turns a sour note due to Kate's pride. Nick also develops a special bond with Zoe.

In the end, Kate allows herself to become vulnerable and tear down the walls she has built throughout her life so that she and Nick could start fresh. The movie concludes with Zoe, Nick, and Kate having opened their own bistro.