No Way Out Dvd 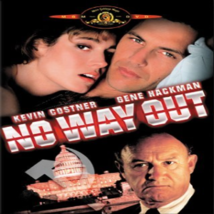 No Way Out Dvd added to cart. Only one available in stock 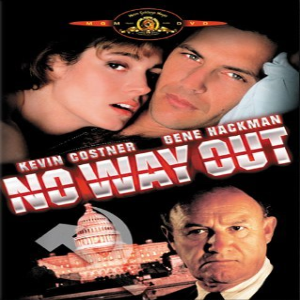 
U.S. Navy Lieutenant Commander Tom Farrell is interrogated by two men about how he first met Secretary of Defense David Brice. Farrell describes being invited to an inaugural ball by his college buddy Scott Pritchard, who intends to introduce him to Brice. Pritchard hopes that Brice will transfer Farrell to the Pentagon. On meeting Farrell, Brice is unimpressed and virtually ignores him. Moments later, Farrell begins flirting with another guest, Susan Atwell. The two have sex in her limousine and begin a secret relationship, even though she admits to also being involved with a married man. Farrell returns to sea and rescues a crewman from being washed overboard during a storm. Brice reads a newspaper story about the rescue and orders Farrell transferred to his intelligence staff.