Not Another Teen Movie Dvd

Not Another Teen Movie Dvd added to cart. Only one available in stock 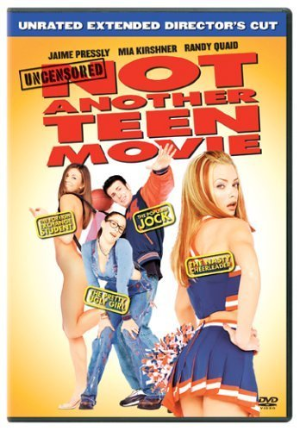 Not Another Teen Movie

Released on December 14, 2001 by Columbia Pictures, it is a parody of teen movies which had accumulated in Hollywood over the decades preceding its release. While the general plot is based on She's All That[3] as well as Varsity Blues,[4] 10 Things I Hate About You,[3] Can't Hardly Wait[3] and Pretty in Pink, the film is also filled with allusions to numerous other teenage and college-age films from the 1980s and 1990s, such as Bring It On, American Pie, Cruel Intentions,[5] American Beauty,[4] Never Been Kissed, Ferris Bueller's Day Off, Can't Buy Me Love, Jawbreaker, Sixteen Candles, Lucas, Rudy, and The Breakfast Club.