On the Couch by Bracco, Lorraine

On the Couch by Bracco, Lorraine added to cart. Only one available in stock 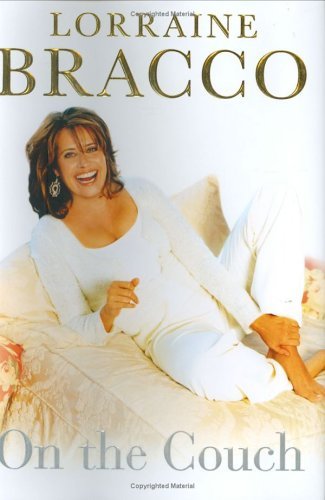 On the Couch by Bracco, Lorraine

The most refreshingly candid celebrity memoir in years, from an actress who has always lived life on her own terms. Known to millions as psychiatrist Dr. Jennifer Melfi on HBO's hit series The Sopranos, a role for which she has received multiple Emmy, Golden Globe, and Screen Actors Guild nominations, Lorraine Bracco is one of the most recognizable actresses working today. A glamorous and intelligent presence on both the big and small screen, as well as on the Broadway stage, it's hard to imagine that this formidable woman was once voted the "ugliest girl in the sixth grade." But with guts, determination, and a very good sense of humor, Lorraine Bracco triumphed-and did it her way. Born in Brooklyn to an Italian-American father and a British mother, Bracco survived her ugly-duckling childhood to become a Wilhelmina model in Paris. On the Couch traces her rise from fledgling actress to star and wife of acting heavyweight Harvey Keitel; her film roles, including her Academy Award-nominated performance in Martin Scorsese's Goodfellas; the very public custody battle following her divorce from Keitel; and her glorious return on the series that proved, once and for all, that even mobsters get the blues. In this engaging memoir, Lorraine opens up about her career, her marriages, her determination to be a good mother, and her refusal to be marginalized as an actress and a woman in a society obsessed with youth and beauty. She is also startlingly honest about her victory over depression, her willingness to seek treatment, and how she found her way again. And when she was cast on The Sopranos, yet another incredible new chapter began. Forthright, funny, and, at fifty, a woman of both uncommon beauty and intelligence, Lorraine Bracco …