On the Town Dvd 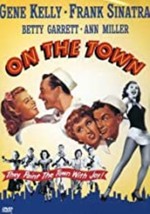 On the Town Dvd added to cart. Only one available in stock 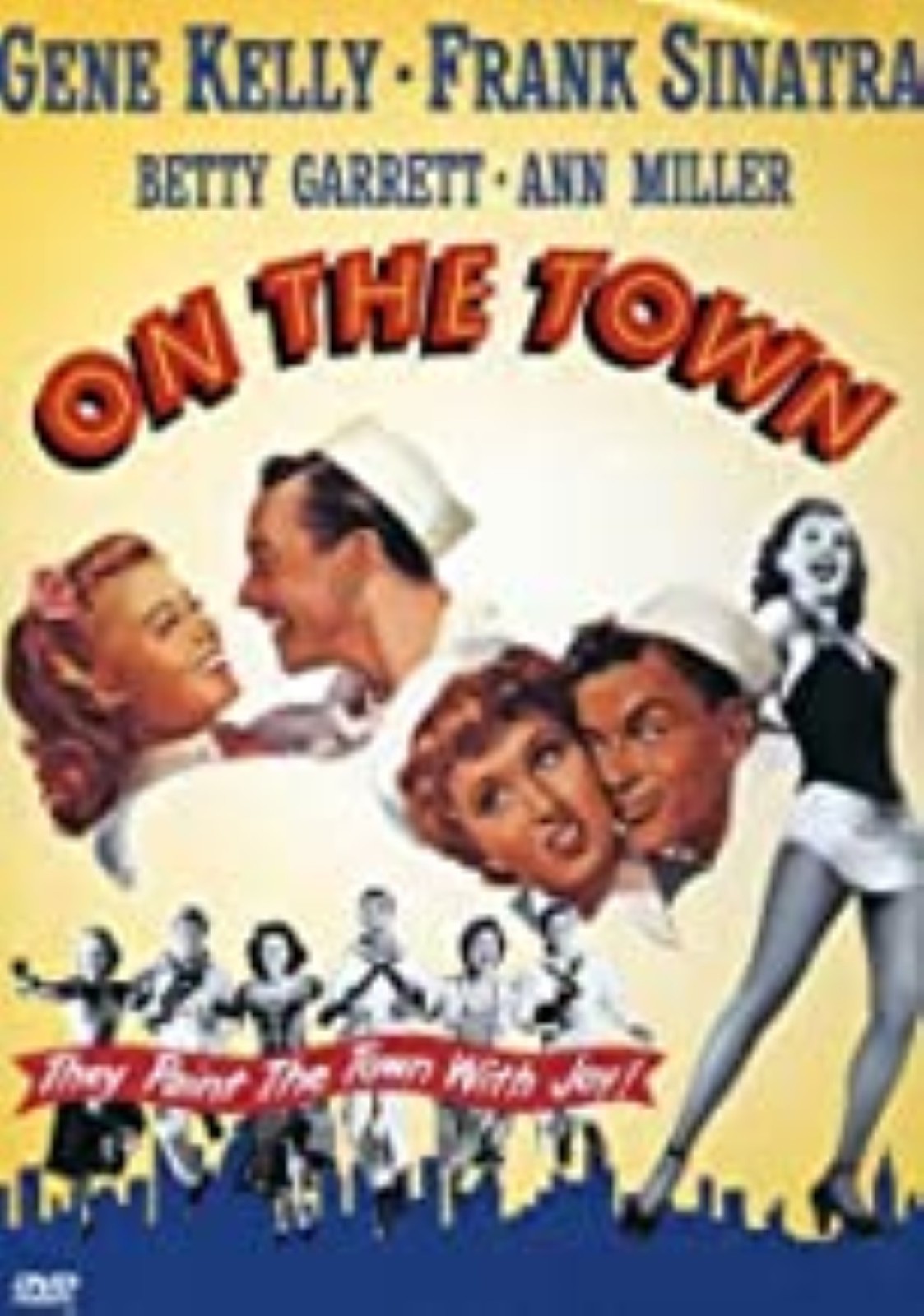 On the Town
On the Town is a 1949 Technicolor musical film with music by Leonard Bernstein and Roger Edens and book and lyrics by Betty Comden and Adolph Green. It is an adaptation of the Broadway stage musical of the same name produced in 1944 (which itself is an adaptation of the Jerome Robbins ballet entitled Fancy Free which was also produced in 1944), although many changes in script and score were made from the original stage version; for instance, most of Bernstein's score was dropped in favor of new songs by Edens, who disliked the majority of Bernstein's music for being too complex and too operatic for film audiences. This caused Bernstein to boycott the film.

The film was directed by Gene Kelly, who also choreographed, and Stanley Donen in their directorial debut, and stars Kelly, Frank Sinatra, Betty Garrett, and Ann Miller, and features Jules Munshin and Vera-Ellen. It was a product of the Arthur Freed unit at MGM, and is notable for its combination of studio and location filming, as a result of Gene Kelly's insistence that some scenes be shot in New York City, including at Columbus Circle, the American Museum of Natural History, the Brooklyn Bridge, and Rockefeller Center.

The film was an immediate success and won the Oscar for Best Music—Scoring of a Musical Picture, and was nominated for a Golden Globe Award for Best Cinematography (Color). Screenwriters Comden and Green won the Writers Guild of America Award for Best Written American Musical.

In 2006, the film ranked No. 19 on the American Film Institute's list of Best Musicals. In 2018, the film was selected for preservation in the United States National Film Registry by the Library of Congress as being "culturally, historically, or aesthetically significant."
All used  disks are professionally refurbished and test played before shipping and will play  well in most machines.
Disc's are also repackaged (labeled refurbished).