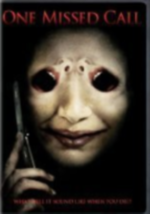 One Missed Call Dvd added to cart. Only one available in stock 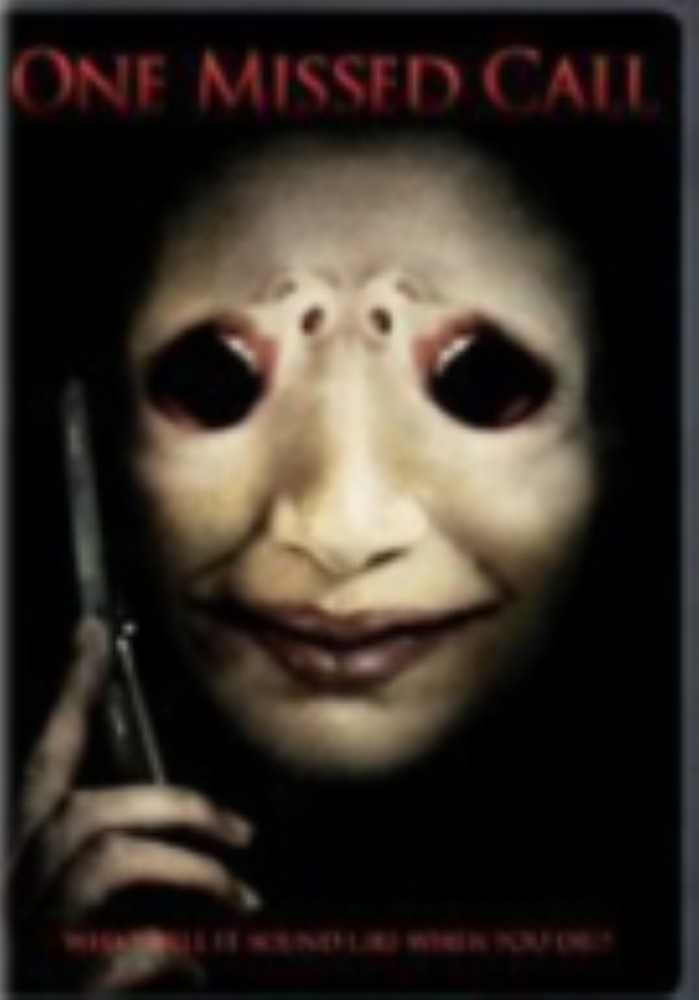 The film begins with a young girl being rescued from a burning hospital. A firefighter asks her if her mother is still inside, to which she remains speechless.

Meanwhile, Shelley, a college student, sits outside near her koi pond in her Japanese-styled home and after having a chat over the phone with Leann, she hears her cat making strange noises. Shelley walks towards it but after a quick second, she finds it standing on the other side of the pond. Bewildered by the situation, she suddenly hears strange murmuring in the pond and out of nowhere, a hand emerges and drags Shelley into the pond, drowning her. A red candy then appears on the surface and the same hand proceeds to drag the cat and drowns it as well.

Many weeks later, college student Beth Raymond is talking with her friend, Leann, who attended Shelley's funeral. Leann's cellphone rings with a lullaby-like ringtone, and it says it's from Shelley. Leann listens to the voicemail, which is herself screaming. The voicemail is dated three days in the future. Leann begins to experience hallucinations that make her increasingly anxious. While walking home minutes before the time on the voicemail, she calls Beth. Beth runs to get Leann, but unfortunately, she arrives at the same time where Leann accidentally falls off from an overpass and lands on top of a speeding train, killing her. A red candy pops out of her mouth and Leann's chopped hand dials an unknown number on her phone.

At Leann's funeral, Beth's roommate, Taylor, is talking about Shelley receiving a strange voicemail before her death, just like Leann had. Brian, Leann's ex-boyfriend, begins to see disturbing apparitions, and leaves the funeral in a rush. Beth catches Brian outside a coffee shop and Brian shows her a voicemail he received the night Leann died, from Leann's phone. Beth realizes the voicemail is dated mere seconds away. An explosion at a nearby construction site sends a rebar through Brian's torso. Similar to Leann, Brian coughs out a red hard candy and collapses, as Beth stares in horror.