Panic Room Dvd added to cart. Only one available in stock 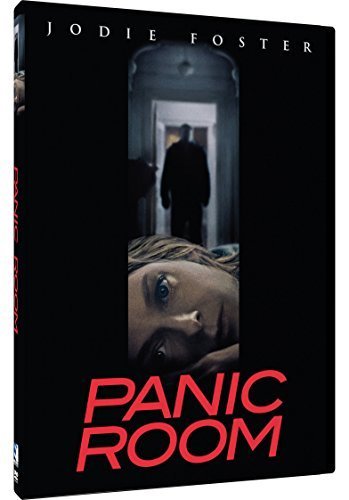 As David Fincher's PANIC ROOM begins, recently divorced Meg Altman (Jodie Foster) halfheartedly tours an old New York City townhouse with her restless young daughter Sarah (Kristen Stewart). Using money from her divorce settlement, the unhappy mother decides to buy the spacious home. The former abode of a wealthy eccentric, this townhouse contains an unusual extra feature, a supposedly impenetrable "panic room" equipped with surveillance monitors, a separate phone line, and other survival aids, where residents can hide in case of emergency. When three men--Burnham (Forest Whitaker), Junior (Jared Leto), and Raoul (Dwight Yoakam)--break into their new home, Meg and Sarah end up using the panic room much sooner than they could have possibly imagined. And, unfortunately for them, these intruders are not simple burglars; they possess knowledge that makes the situation much more perilous.Hitchcockian in its confined setting and carefully doled-out suspense, Fincher's PANIC ROOM is more straightforward than his infamous FIGHT CLUB, though no less engaging. Foster (who replaced Nicole Kidman after she injured herself on the set of MOULIN ROUGE) gives her best performance since THE SILENCE OF THE LAMBS. The thieves are equally compelling--Whitaker shines as a likeable, sad-eyed security expert; Leto provides comic relief as a talkative brat; and Yoakam is perfectly loathsome as an armed-to-the-teeth psycho. Although the film features some of Fincher's trademark hi-tech effects, its true bells and whistles are the excellent cast, the stunning photography, the moody score, and the simple