Phenomenon Vhs added to cart. Only one available in stock 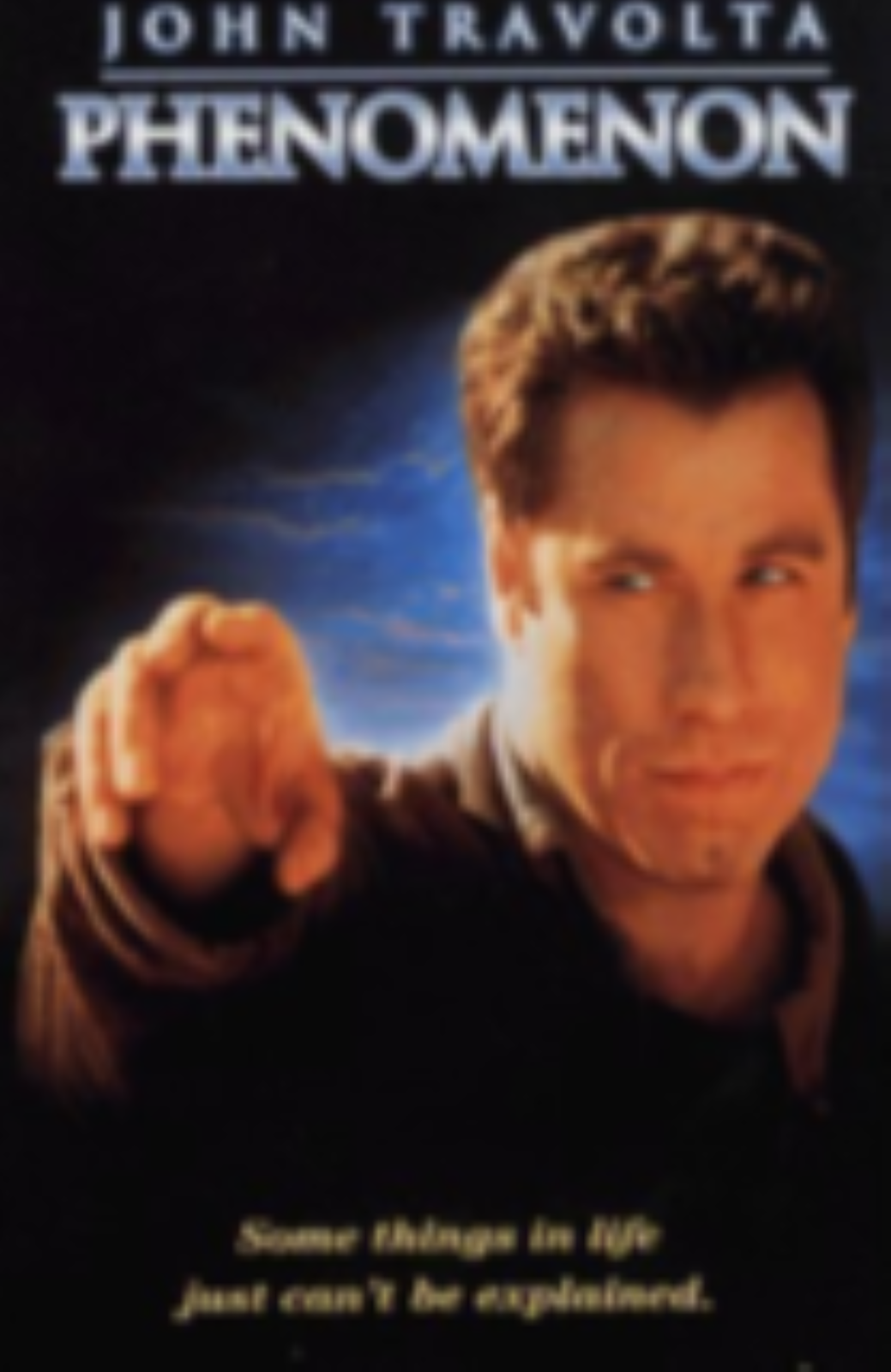 John Travolta plays George Malley, who owns the local auto repair shop in a small California town. After celebrating his birthday with friends at the local bar/hang-out, George heads for home. He pauses to watch a strange light in the sky, then collapses for a few seconds in the middle of the deserted street. In the days and weeks that follow, George finds his IQ and consciousness expanding dramatically, and develops telekinetic abilities. Despite his attempts to explain what has happened to him, with just a very few exceptions, most of the local townspeople treat the "new" George as a freak. His state of isolation becomes even more pronounced when his new-found abilities allow him to correctly predict an earthquake, and outside authorities become interested in what's happened to him.