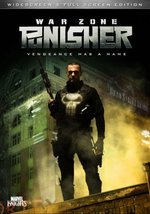 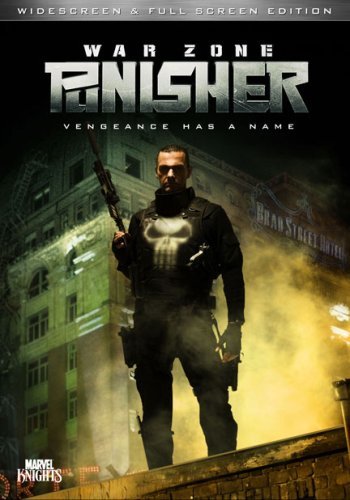 PUNISHER: WAR ZONE, the third screen appearance from Marvel Comics' angel of death, continues the saga of Frank Castle, normal New York City citizen turned Mafia-slaying vigilante following the murder of his wife and daughter. Upping the violence level to the intensity of a horror film, this outing requires no prior knowledge of the character's screen antics and features an appealingly stoic performance from Ray Stevenson, who cuts an imposing physical presence, and is a more-than-worthy successor to previous Punishers Dolph Lundgren (1990) and Thomas Jane (2004). Six years after the death of his family, Frank Castle is still waging war against organized crime in New York. After he ambushes a party for an aging mob boss and turns it into a bloodbath, the battle moves to a recycling warehouse where Castle pushes gangster Billy Russoti (Dominic West) into a swirling vat of broken glass. During his escape, Castle accidentally shoots one of the FBI men who have arrived on the scene. Russoti undergoes plastic surgery, but after seeing his badly disfigured face for the first time, he shoots his surgeon and dubs himself "Jigsaw." While a deeply regretful Castle attempts to make amends with the widow (Julie Benz) of the agent he has slain, Jigsaw rallies an army of criminals in an attempt to take down the seemingly indestructible Punisher. Though there are plenty of tongue-in-cheek moments to lighten its impact, the graphic bloodshed in PUNISHER: WARZONE is often startling and is sure to satisfy the bloodlust of any fan of violent action cinema. Directed by former karate and kickboxing champion Lexi Alexander (GREEN STREET HOOLIGANS), the film is frenetically paced and retains a true comic book feel, mostly due to a colorful lighting scheme and a particularly hammy performance by West, who seems to be having a blast.

Ws or Fs
Covers may vary