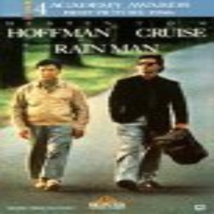 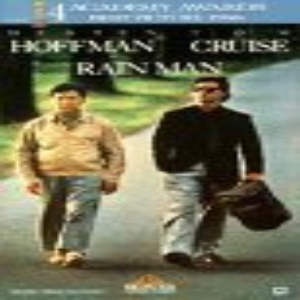 Rain Man is a 1988 American comedy-drama road movie directed by Barry Levinson and written by Barry Morrow and Ronald Bass. It tells the story of an abrasive, selfish young wheeler-dealer Charlie Babbitt (Tom Cruise), who discovers that his estranged father has died and bequeathed all of his multimillion-dollar estate to his other son, Raymond (Dustin Hoffman), an autistic savant, of whose existence Charlie was unaware. Charlie is left with only his father's car and collection of rose bushes. In addition to the two leads, Valeria Golino stars as Charlie's girlfriend, Susanna.

Morrow created the character of Raymond after meeting Kim Peek, a real-life savant; his characterization was based on both Peek and Bill Sackter, a good friend of Morrow who was the subject of Bill, an earlier film that Morrow wrote.

Rain Man received overwhelmingly positive reviews, praising Hoffman's performance and the wit and sophistication of the screenplay, and was the highest-grossing film of 1988. The film won four Oscars at the 61st Academy Awards (March 1989), including Best Picture, Best Original Screenplay, Best Director, and Best Actor in a Leading Role for Hoffman. Its crew received an additional four nominations. The film also won the Golden Bear at the 39th Berlin International Film Festival.