Reindeer Games Vhs added to cart. Only one available in stock 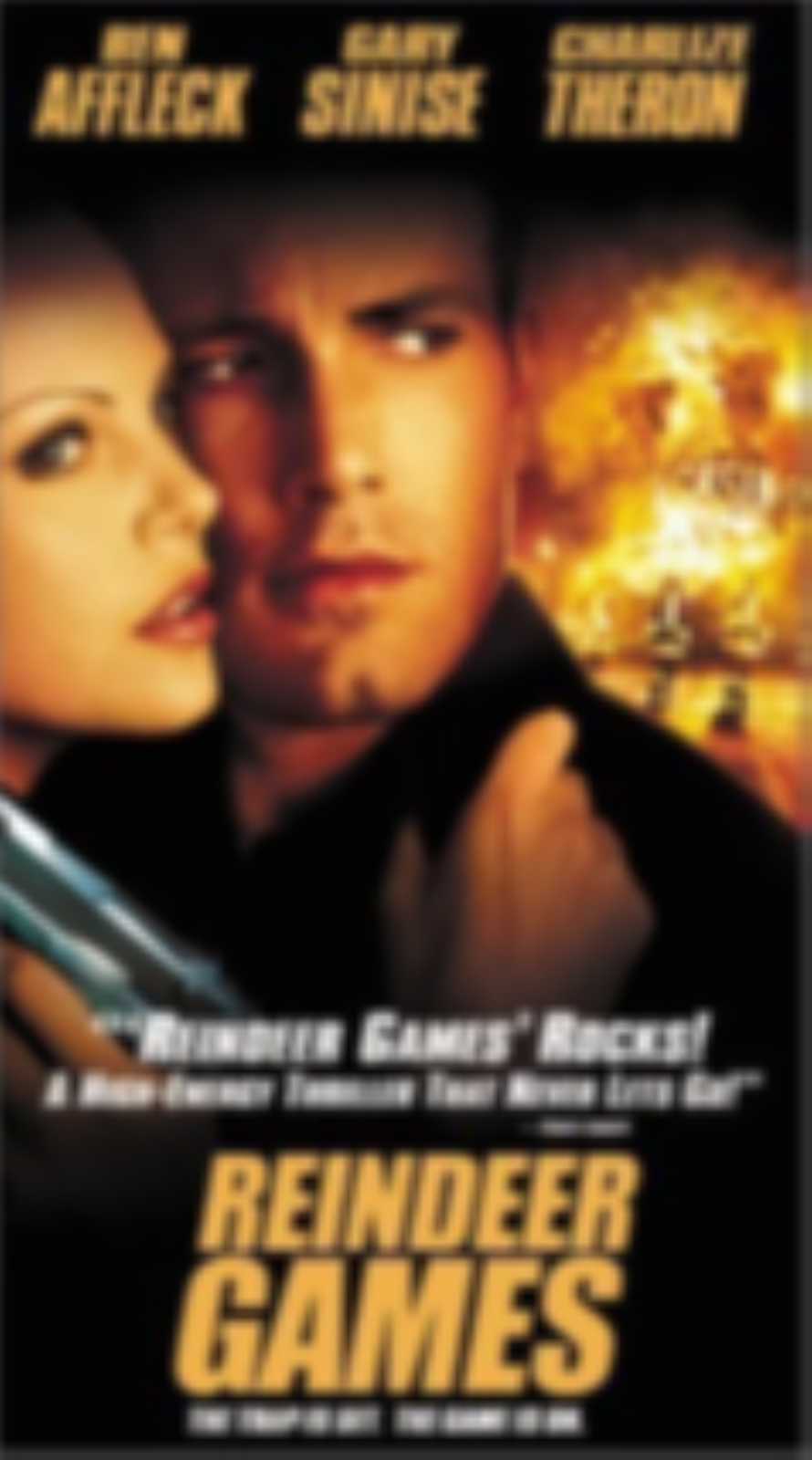 Rudy Duncan (Ben Affleck) is a small-time car thief about to be released from jail in time for Christmas. When his cellmate, Nick, is suddenly killed, Rudy decides to take on his identity in order to meet Nick's beautiful pen-pal girlfriend, Ashley (Charlize Theron). The couple has fun until her psychotic brother, Gabriel (Gary Sinise), shows up. Gabriel and his gang want to hold up a casino where Nick had once worked, and they blackmail Rudy/Nick into going along with the scheme. Rudy has to bluff his way through the crime, pretending to be Nick in order to avoid being killed while trying to sabotage the plans of the bad guys. Will Rudy be able to outsmart the bad guys, or will he end up facedown in the snow?Double crosses abound in this frosty film noir action movie boasting a twisty script by writer Ehren Kruger (SCREAM 3, ARLINGTON ROAD) and assured direction by veteran John Frankenheimer (THE MANCHURIAN CANDIDATE, RONIN), plus a sneaky sense of humor and plenty of Christmas references.