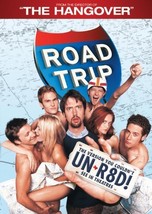 Road Trip Dvd added to cart. Only one available in stock 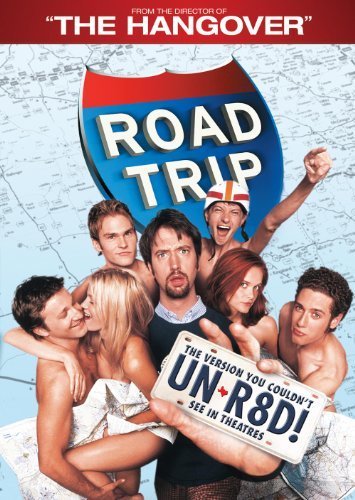 Road Trip Dvd
University of Ithaca College freshman Josh (Breckin Meyer) misses his childhood sweetheart, Tiffany (Rachel Blanchard), who is going to school in Austin, Texas. Josh makes a tape proclaiming his love for her, but one of his friends accidentally mails the wrong tape; he instead sends the tape of Josh having sex with the beautiful Beth (Amy Smart). Josh had slept with Beth only after assuming that Tiffany had found someone else. So Josh, E.L. (Seann William Scott), Rubin (Paulo Costanzo), and Kyle (DJ Qualls), the geek with a car, set off in a powder blue Ford Taurus to intercept the tape before Tiffany can see it. They leave behind the insane Barry (Tom Green), who is on the multiyear graduating plan and would rather stay in the dorm and feed a live mouse to Mitch the snake. The group's 1,800-mile trip will feature encounters with exploding cars, crazy motel clerks, too-hip grandparents, stealing from the blind, the wrong fraternity, and that old stand-by, chef's revenge. The story is told in flashback, as the always frightening Tom Green leads a group of prospective students and their parents through an absurdly hilarious tour of the Ithaca campus, selling Josh's story as a reason to attend the school. ROAD TRIP is good raunchy fun, starring a likable cast of characters, told by director Todd Phillips with a charm that places it above the standard teen exploitation flick.
dvd79-00068-vg
All used  disks are professionally refurbished and test played before shipping and will play  well in most machines.