Ronin Dvd added to cart. Only one available in stock 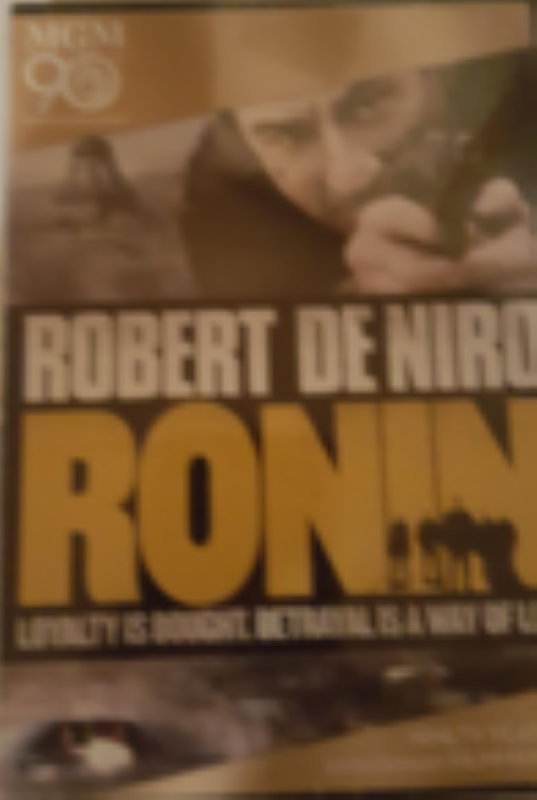 Actor: Robert De Niro, Jean Reno, Natascha McElhone, Stellan Skarsgård, Sean Bean, Skipp Sudduth, Michael Lonsdale, Jan Tríska, JonathAt a bistro in Montmartre, Irish operative Deirdre meets with former special operatives-turned-mercenaries Sam and Larry (Americans) and Vincent (a Frenchman). She takes them to a warehouse where fellow mercenaries (the Englishman Spence and the German Gregor) are waiting, and briefs them on their mission: to attack a heavily armed convoy and steal a large metallic briefcase, the contents of which are never revealed. As the team prepares, Deirdre meets with handler Seamus O'Rourke, who says that the Russian mafia is bidding for the case and the team must intervene. After Spence is exposed as a fraud by Sam and dismissed, the others leave for Nice. Sam and Deirdre are attracted to each other during a stakeout. On the day of the sale, Deirdre's team ambushes the convoy at La Turbie and pursue the survivors to Nice. After a gunfight at the port, Gregor steals the case and disappears. an Pryce.