Scary Movie 3 Dvd added to cart. Only one available in stock 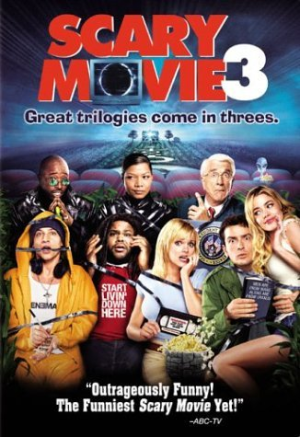 Scary Movie 3 is a 2003 American horror comedy film, which parodies the horror, sci-fi, and mystery genres. It is the third film in the Scary Movie franchise, and the first to be directed by David Zucker.

The film stars Anna Faris and Regina Hall reprising their roles as Cindy Campbell and Brenda Meeks, respectively. New cast members include Charlie Sheen, Simon Rex, Anthony Anderson, Kevin Hart, and Leslie Nielsen. It is the first film in the series to feature no involvement from the Wayans family. The characters of Shorty Meeks and Ray Wilkins, previously played by Shawn and Marlon Wayans

All used  disks are professionally refurbished and test played before shipping and will play well in most machines.