Scream Vhs added to cart. Only one available in stock 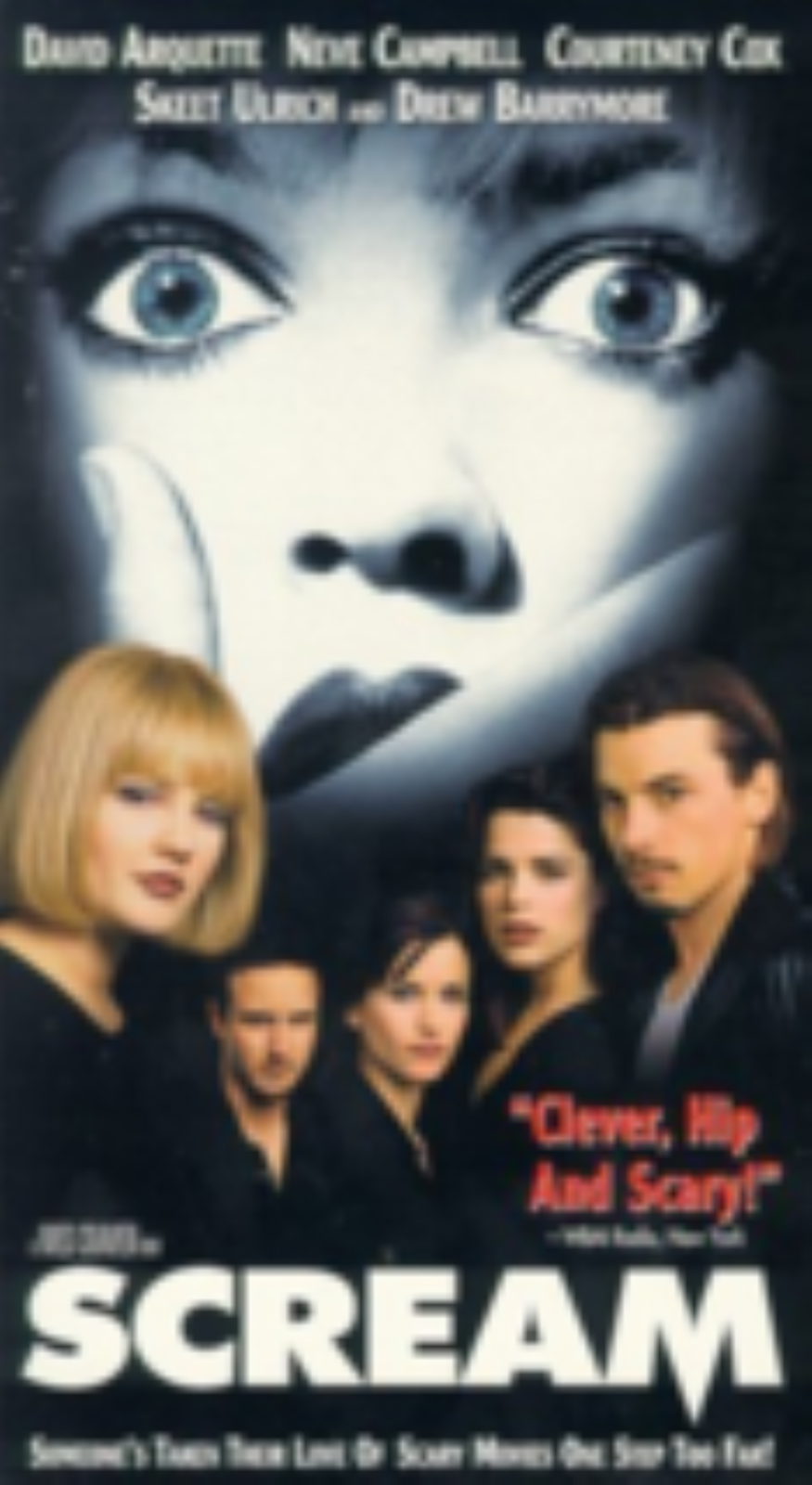 A teenage girl and her boyfriend are brutally slaughtered by a mysterious killer in a Halloween costume. Another girl, Sydney, is nearly killed, and a reporter, Gail Weathers, suspects that it was the one responsible for the rape and murder of Sydney's mother a year earlier. Sydney's boyfriend, Billy becomes the prime suspect. When he is released, Sydney and all of her friends go to a party, at their friend Randy's house, where they drink and watch scary movies. They are guarded from the killer by Gail, and a police officer named Dewey. All of the teens who aren't drunk go off to see the body of their principal, who was killed by the same murderer, leaving only 5 people at the party. After a sexual encounter with Billy, Billy is stabbed by the killer. Sydney finds Dewey with a knife in his back, and Gail gets lost in the forest. Billy turns up alive, but Sydney realises that there are two murderers. Her best friend's boyfriend, Stuart, and Billy are the killers. Billy shoots Randy Billy kills Stuart, and Gail comes in with a gun, and kills Billy. Randy turns up alive. Dewey turns out to be alive, and the only teens alive are Sydney and Randy