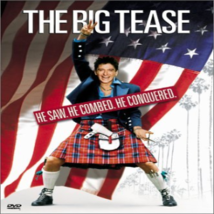 The Big Tease Dvd added to cart. Only one available in stock 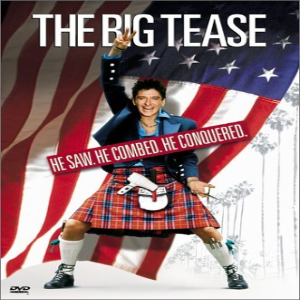 Flamboyant Glasgow hairdresser, Crawford Mackinzie, gets a letter from the World Hairdresser International Federation inviting him to its prestigious annual contest in L.A. Filmmaker Martin Samuels is making a fly-on-the-wall documentary about Crawford; he and the crew go too. After maxing out his credit card at the Century Plaza Hotel, Crawford discovers he's been invited to participate in the audience, not the contest; he tries every angle imaginable to get in the competition: he phones fellow Scot Sean Connery, he gets a union card, he asks the reigning champion for help, and he connects with Connery's publicist, who's having a bad hair day. Will he succeed, for the little people?