The Big White Dvd added to cart. Only one available in stock 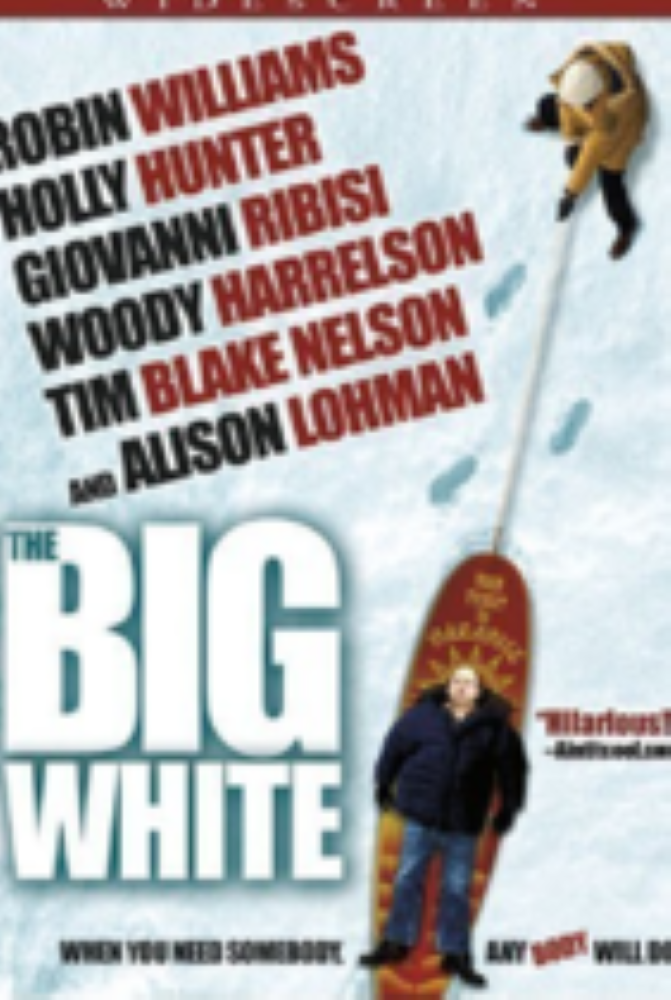 In The Big White, a failing Alaskan travel agent hopes he's found the answer to his problems when a couple of thugs leave a dead body in a dumpster outside his business. The lack of a body has prevented Paul Barnell (Robin Williams, The Birdcage, One Hour Photo) from claiming his missing brother's life insurance. Unfortunately, the thugs who dumped the body in the first place (Tim Blake Nelson, O Brother, Where Art Thou?, and W. Earl Brown, Deadwood) want it back, so they kidnap Barnell's wife (Holly Hunter, Raising Arizona), who may or may not have Tourette's Syndrome. Meanwhile, an obsessive insurance agent (Giovanni Ribisi, Saving Private Ryan) smells something fishy and thinks he's found the case that will get him and his phone psychic girlfriend (Alison Lohman, White Oleander) transferred to warmer climes, and Barnell's long-missing brother (Woody Harrelson, White Men Can't Jump) returns, a bit perturbed to learn he's dead. The Big White suffers from an overload of quirkiness--phone psychics, Tourette's, and possibly gay hit men are a lot of whimsy for one movie--but the actors commit themselves to their roles with gusto. The movie misses the bullseye that Fargo hit, but fans of macabre comedy may enjoy The Big White. --Bret Fetzer