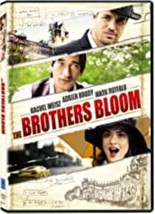 The Brothers Bloom Dvd added to cart. Only one available in stock 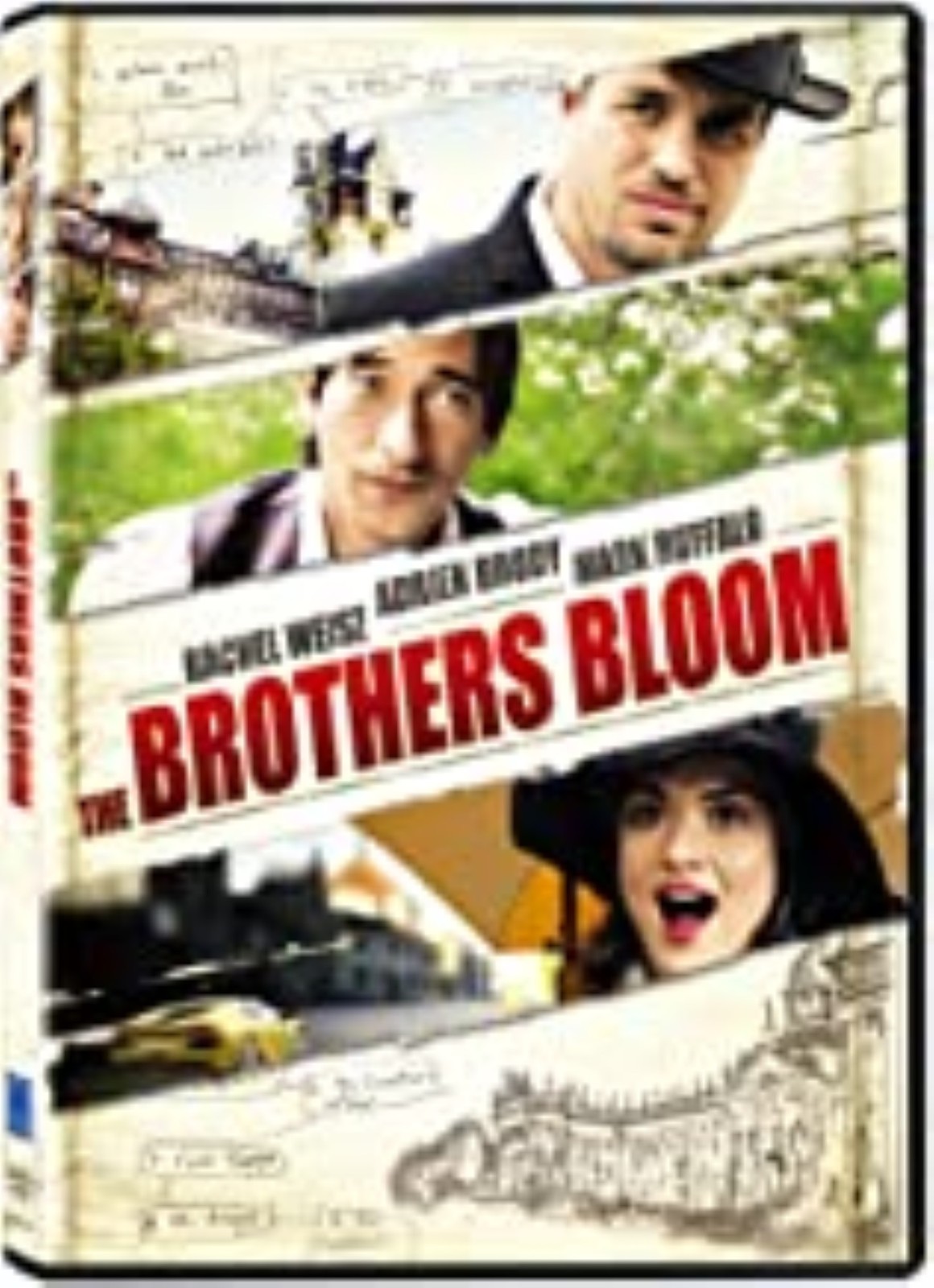 The Brothers Bloom, orphaned at a young age, begin performing confidence tricks as young children; Stephen dreams up elaborate scenarios and his younger brother, Bloom, creates trust with the marks. Stephen creates his first con as a way of encouraging his brother to talk to girls.

Twenty-five years later, the brothers are the world's most successful con men. They even have a regular accomplice: Bang Bang, a Japanese explosives expert who rarely speaks. Bloom, however, is dissatisfied with being nothing but an actor in Stephen's schemes. He is tired of being no more than the characters his brother has come up with and wants an 'unwritten life'. He quits and moves to Montenegro. Three months later, Stephen finds Bloom and convinces him to execute one final con. Bloom reluctantly agrees. The brothers will masquerade as antiques dealers and target Penelope Stamp, a rich, socially-isolated heiress who lives alone in a New Jersey mansion.

Bloom and Penelope meet when Bloom purposely runs into Penelope's sports car with his bike. Penelope reveals that she has been alone for most of her life and has picked up an array of strange hobbies such as juggling and kung fu. Bloom senses Penelope's craving for adventure and hints that he is sailing to Europe tomorrow. The next morning, Penelope arrives at the harbor to sail with the brothers to Greece.

On the ship, Melville, a Belgian hired by Stephen, begins the con, telling Penelope that the brothers Bloom are in fact antiques smugglers and he wants their help with a smuggling job in Prague. Penelope is thrilled with the idea of becoming a smuggler and convinces the brothers to accept the job, unaware that this is part of the con. Meanwhile, Bloom and Penelope are becoming attracted to one another, but Stephen warns Bloom that the con will fail if he actually falls in love with Penelope.

At the hotel bar in Prague, Bloom is visited by the brothers' former mentor and current enemy, Diamond Dog. He warns Bloom that Stephen will not be around forever, and tells Bloom he should join him. Stephen arrives and stabs Diamond Dog in the hand with a broken bottle, telling him to stay away.

In Prague, Melville cons Penelope out of a million dollars and flees, according to plan. Penelope still wants to go ahead as an antiques smuggler and steal the rare book that Melville told her about. The brothers tell Bang Bang to set off a small explosive in Prague Castle that will trigger the fire alarm, allowing Penelope to sneak in and steal the book. But Penelope accidentally switches the backpacks containing the explosives and they blow up the entire tower, creating panic in Prague. Despite this, Penelope enters the museum and steals the book. She is caught, but somehow convinces the chief of police to let her go.

The team goes to Mexico to complete the con. Bloom, who has fallen in love with Penelope, reveals to her that they are con men and the whole adventure has been a con. Stephen has anticipated his brother's change of heart and written it into his plan. The brothers fight and a gun accidentally discharges, wounding Stephen. Penelope checks out the wound, realizes that it is fake blood, and leaves with a broken heart. Bloom punches Stephen and leaves for Montenegro once again.

Three months later, Penelope finds Bloom, wanting to be with him and to become a con artist. Unable to deny his love for her but not wanting her to be like him, Bloom meets with Stephen to set up one final con, where they will fake their own deaths. The team goes to St. Petersburg, where they must sell the rare book to Diamond Dog. They are ambushed by Diamond Dog's gang while heading to the exchange. Stephen is kidnapped and held for $1.75 million. Bloom suspects this is just another one of Stephen's tricks; Penelope, just in case, wires the money from her bank account to the mobsters. Bang Bang takes this opportunity to quit working for the Bloom brothers; as soon as she leaves, her car explodes, leaving Penelope and Bloom uncertain whether she was caught in the blast or faked her death.

Bloom goes into an abandoned theater to make the exchange, and finds Stephen tied up and beaten. Bloom demands that Stephen tell him if this is real or if it is a con. A hit man tosses Bloom a phone, and Diamond Dog confirms that it is real. The hit man attacks them, and Stephen takes a bullet for Bloom and collapses on the floor. Bloom again asks whether this was real, or just the "perfect con". Stephen gets up and assures Bloom that he is fine. Stephen tells Bloom to leave St. Petersburg with Penelope, and that they will meet again.

Bloom and Penelope drive away. After several hours, Bloom discovers that Stephen's bloodstain on his shirt has changed in color from red to brown, indicating that it is not fake blood. Realizing that Stephen has surely died, Bloom breaks down on the side of the road while Penelope tries to comfort him. As they are leaving, Bloom recalls what Stephen had said earlier, "The perfect con is one where everyone involved gets just the thing they wanted" – and that perhaps his brother really pulled off the perfect con.