The Chronicles of Riddick Dvd 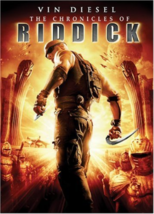 The Chronicles of Riddick Dvd added to cart. 2 available in stock 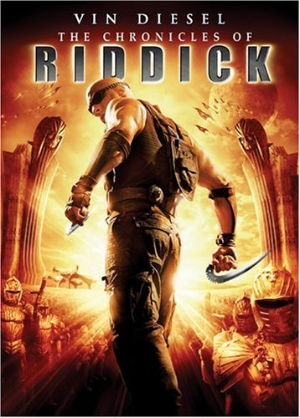 The Chronicles of Riddick Dvd

The sequel to cult sci-fi hit PITCH BLACK sees Vin Diesel enthusiastically returning to his role as Richard B. Riddick. Director-writer David Twohy is on board again, building on themes established in the first movie, and expanding his vision with some incredible special effects work. Twohy opens the movie with Riddick on the run from a group of bounty hunters. He escapes them with ease, then seeks information from an old friend named Inam (Keith David). Inam informs Riddick that he has been singled out by an Air Elemental, Aereon (Judi Dench), as the one man who can stop the evil Necromongers from taking over the Universe. Suddenly, the Necromongers arrive on the planet, causing mayhem and destruction. They capture Riddick. He soon escapes, only to fall into the hands of the bounty hunters he so deftly eluded at the start of the movie. They take Riddick to a rogue prison planet where he is met by scorching heat, an underground penitentiary, and his female companion from PITCH BLACK, Jack (who is now called Kyra, and played by a different actress, Alexa Davalos). They plan their escape from the planet, and vow to bring down the Necromongers. Things don't go according to plan however, leading to a suspense-filled climax to the film, and an eyebrow-raising ending that suggests Twohy may have plans for further installments in the story.