The Commander - Harlequin Super Romance by Kay David added to cart. Only one available in stock 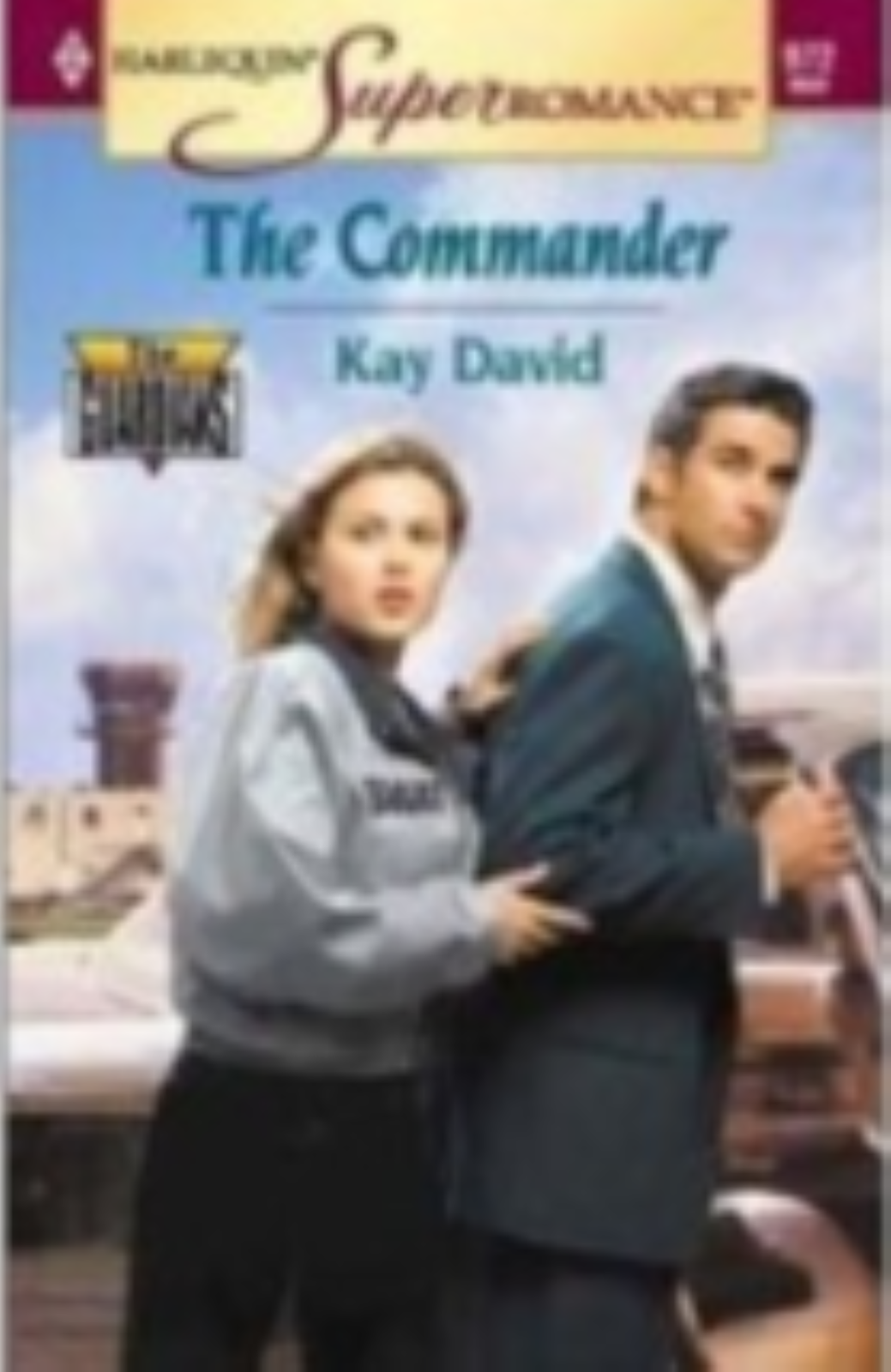 This is the second book in Kay David's The Guardian series. The Commander is the leader of the SWAT team. She assess the situation, determines solutions, and plans for every possibility. Lena Mckinney is the commander. Two years ago she thought she could have it all: the job, the man, and future children. Only Lena's groom never showed up for the wedding. Lena was devestated, but she moved on and made her life all about her job. Now, it is her job to protect the man that broke her heart. Andres is back and someone wants him dead. Lena will do her job and protect him, but thats it. The problem with that is Lena never expected that someone might actually try to kill Andres, but she was wrong.

Lena and Andres still love each other-that is pretty obvious. Now they are thrown together in a very deadly situation. Andres sees this as his last chance and getting Lena back. Only to do that he must tell her the truth about why he stood her up at the wedding and why someone now wants him dead. Although the truth may be Andres' only hope it also may destroy the life of the woman he loves.

The love story between Lena and Andres is very powerful, but filled with secrets. The mystery surrounding what happened in the past and what is happening now is just as interesting as the love story. I found this book even better than the first one and can not wait to start reading the third and final book.

Romantic suspense Author Kay David is the author of over thirty-eight romantic suspense novels. Her childhood was spent on the Gulf Coast of Texas where she grew up in a family of book lovers. Earning a BA degree in English Literature, an MA in Behavioral Sciences and a second BA in Information Systems, all from the University of Houston in Clear Lake City, she has enjoyed various careers including computer programming at NASA, custom home building and working in the oil and gas industry but her first love is, and always has been, writing.

Kay and her husband have lived extensively outside of the United States. Spending time in such diverse countries as the United Arab Emirates, Argentina and Bolivia has made her appreciate her own great state of Texas while allowing her to add intimate details to her books of the exotic settings she knows firsthand.